Whenever I write these summations of anime watched I can’t tell if the anime I watch look like a lot or a little depending on who you are / who you ask. These are going to be the shows that I’ve watched quite a lot of (e.g I watched one episode of Noragami and ping pong) so this isn’t the entire list but everything I think is worth commenting on.

At the start of February I finished this show and I thought it was alright. The tense cliff-hangers have long lost its toll on my especially when they feel stretched out or unimportant. Not that it wasn’t good though, the camp was especially good when you got to theorise what Kaiji and the rest of the characters were plotting before the story arc was resolved. It was resolved in a brilliant and entertaining way making the build-up worth it.

The same is not quite true for the last arc. It wasn’t as interesting because it wasn’t a contest against a person, it was against a machine. This arc did entertain me as there was plenty of plotting, I just feel like it fell flat at the end. The last episodes focussed purely on a contest against a machine and it had far too much padding in it, I outright skipped most of two episodes just because of how similar they were. Besides this it did have a really satisfying ending which was fun to watch. I had plans to start reading the manga after this season but the way it ended made me not want to continue just because the ending was so good.

This anime was directed by Sato Yuzo who also directed Kaiji and it really shows. The art and directing are extremely similar, so similar in fact, the manga was drawn by the same person. What I like about this anime is that the main character is the complete opposite of Kaiji.

He’s cool, calculating, manipulating and clever with brilliant gambling skills. The fun part is watching the reactions of his opponents as they get demolished. My only problem was that they only played mahjong and it got boring by the end. Even when they change up the game with transparent tiles it’s still not that interesting. It’s good for a time before it gets old and you realise just how long you’ve spent watching a show about a game you don’t know the rules of. 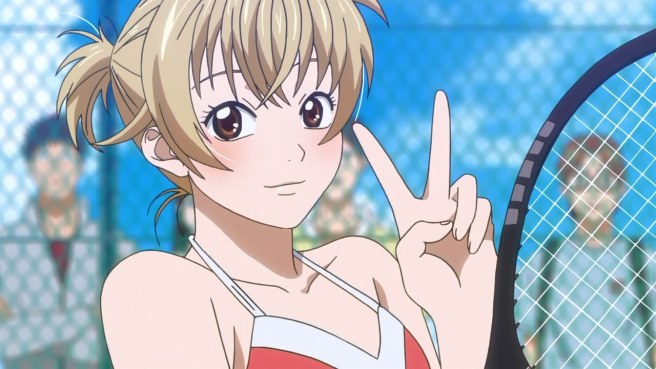 In February I saw 16 episodes of this show and it was pretty good. I liked the progression of the main character as he committed more time to tennis and less time to studying.  Watching Maruo win and lose his tournaments is pretty entertaining with believable and interesting characters.

The tennis games aren’t actually that interesting, I feel like they don’t do a lot to make you interested in the sport. Despite this I really ended up liking the characters so it didn’t feel too bad.

The only thing is that I’m not very invested in the characters winning. The person who Maruo’s playing is planning to give up going pro if he can’t win the tournament so I don’t really want him to win a lot. So overall it’s pretty good but I think it could be better.

I didn’t even need to check MAL to know that this was a Makoto Shinkai film recommended too me by graph.anime.plus and it was one of his only films that I liked. The good thing was that it was quite short and sweet, not making the romance plot feel old. I often get annoyed by the slow pacing of his films but I was able to put up with it in this case.

I didn’t find the story very compelling but it was fun for the short amount of time that I’d watched it. I’d only recommend it if you like Shinkai films or anime films in general. I don’t like films in general so you know how this went. 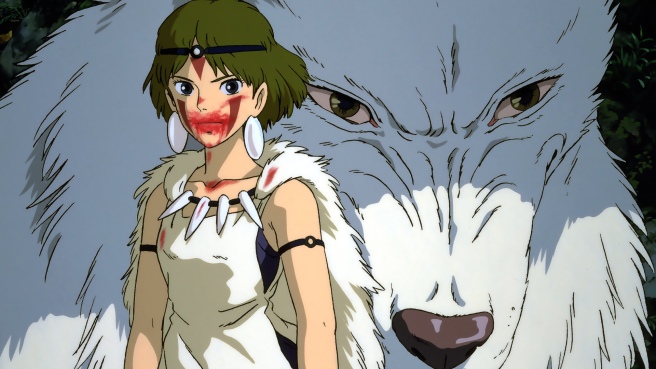 I really don’t get why people like this film or other Ghibli classics like spirited away. It was seriously boring. The slow start felt unnecessary, even most ten out of ten reviews on MAL describe the plot by spoiling the first 30 minutes just because nothing happens.

I really don’t get why it’s so loved by everyone. The message felt simple and was something that I already thought was obvious and the rest just felt like filler. I could genuinely explain the entire film in one sentence because the film felt so stretched out too me.

If you like films then you’ll probably like this because it’s well-loved but it just doesn’t do it for me. I’m attracted too anime by the short episodes so films really aren’t something that I like as much.

This is a short show about a boy and girl in a class playing games. The joke is that the boy plays the games and the girl gets in trouble for watching. It’s not particularly great but it’s a fun short show that I watched most often while eating lunch. I plan to finish it during March.

Don’t worry; the hilarious title is about girls making a manga and not something else…

It’s a cool short show that spans the course of a year about a manga magazine. It’s very light hearted and portrays it in a comedic way – rather than a serious business way. The theme continues when I say that it was pretty good but not great. The short episodes allowed for some fun comedy elements but nothing more than that. 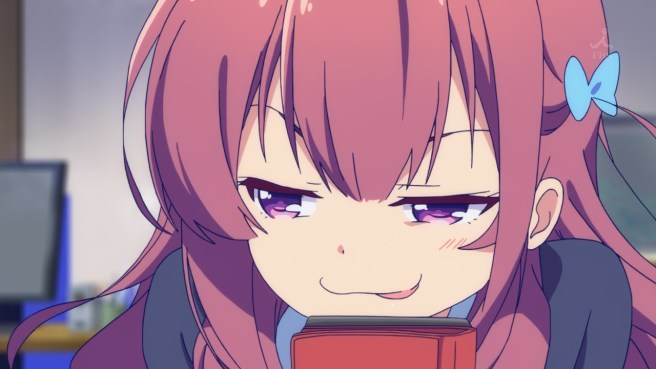 After watching Digibro’s girlish number analysis I decided to watch this show and it was pretty good. I liked the cynical approach that was taken to the anime industry (and sometimes relate it to my blog e.g I can make a post with attack on titan in and it will automatically get views!) the show was very entertaining with lots of comedic moments.

The lesson that the main character learns is also great and heart-warming. I recommend it if you want to learn more about anime or just watch a show set in the industry.

This was by far the best show that I’ve watched this month. It was brilliant. My first impression was pretty bad but the show turned it around by creating a really compelling story. I have plans to write an individual post about this in the future so I won’t go into any more detail here. Just watch as many episodes as you can before dropping it. 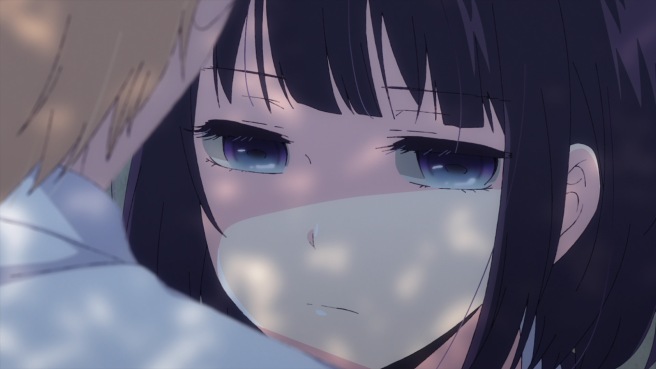 I really don’t know what to think or say about this show besides that, I think that it’s entertaining if not pretty creepy. I don’t know if the main character is desperate, dumb or psychotic so it’s entertaining to see what the characters do even if it is pretty unrealistic (I think). I’m not very emotionally invested and couldn’t care less about the cheating that goes on. It’s just a show that I can watch and find interesting, which makes it pretty good.

So overall this was a pretty good month for anime. It’s rare for me to find a 9 out of 10 so I’m glad I found one. Most of the shows that I didn’t like a whole lot we’re either ok or very short so I didn’t feel like I’d lost much. Thanks for reading and stay tuned for all of the posts I’ll be putting up in March along with my “what I watched in March post”.