This list isn’t about simple generic villains. These people are evil, manipulative, twisted and soulless – stopping at nothing to raise themselves whilst lowering other people into the depths of hell. They don’t need to have a massive catalogue of evil deeds to be a brilliantly evil character, they just need to communicate terror or malice. This list is comprised from anime I’ve seen; if there’s a more evil character then I’m not saying their actions are less evil, not at all.

Team Rocket’s Jesse and James shows that stupidity shouldn’t justify evil acts. Many people fail to see their actions as evil, but is seems like every day they try and steal Pikachu to the point of obsession. At this point capturing and selling Pikachu will leave them with a debt of billions of pokédollers since they’ve probably spent most of team rockets budget on this one Pokémon.

Just give up. Sure your lovable people but I’d hate to see what you guys would do if you actually weren’t stupid.

This is the exception to the title. However if you were in the Pokémon world they would completely destroy your career without hesitation.

The only reason why Griffith is so low down on this list is because there are sympathetic elements to his character. People can argue that the band of the hawk was used to ultimately fulfil his dream and that was good but it doesn’t justify his actions.

Killing a relatively small army isn’t massively evil when you compare it to the large amounts of murder that can take place in anime. What makes Griffith so evil is that he killed people he used to care about, and people who loved him. Throughout the entirety of Berserk’s golden age arc we see the relationships forming and compassion coming together – only to be crushed at the most horrible time possible.

There are many implications and potential contradictions to his evil nature (haven’t you heard the “Griffith did nothing wrong” meme) which is why he grabs the number 5 spot. 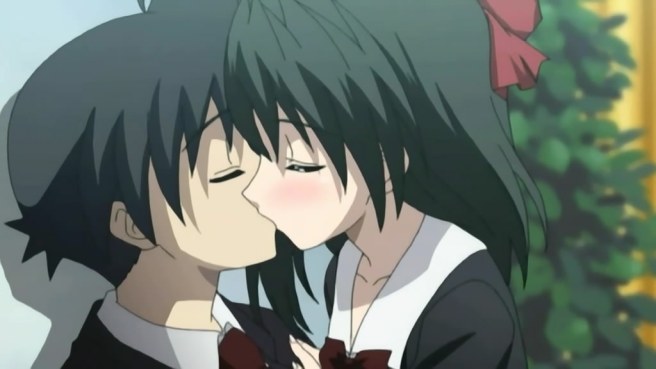 Makoto Kun made School Days a terrible watch just because of the feelings you felt whilst watching it. That was the point of the show but it doesn’t mean we can’t hate this sociopath anyway. He got what was coming to him in the end which was very nice to see.

He played with women, treated them like objects and caused misery everywhere he went. He betrayed, lied and manipulated to get what he wanted. The only thing this time is that he was bad at it.

I wouldn’t recommend school days unless you’re a masochist.

Light is such an obvious and easy choice because he’s extremely evil. Death Note is so popular and everyone knows his reach. Part of creating an interesting evil character is that they have more to their character than pure evil.

Lights actions dramatically drop crime rate and have other arguably good consequences. The problem is that the ends shouldn’t justify the means. Murdering millions of people and feeling nothing because of it is terrible, especially when you murder innocent people as well.

Light would be less evil if he just murdered criminals and people in prison. The horrible thing is that he is trying to become a god of the new world and make the world subservient to his wishes. And having a great, interesting world domination character is an achievement worth celebrating. 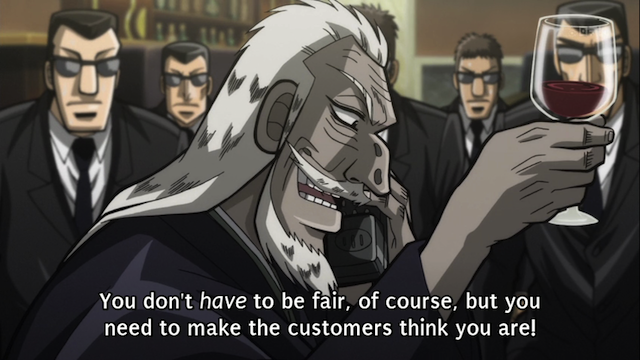 Hyoudou is the rich owner of a loan shark and manual labour company. He takes from the poor and deliberately causes them to go into debt and laughs about it. His rich empire is built on the crushed limbs of a million peasants and he treats all of his employees as worthless.

He throws crazy gambling games which gains him more money and causes more sadness than good. His main intention is to throw people in debt into his manual labour camp with poor work conditions. These people work all day for negligible pay (put towards their debt) and get conned into spending it and becoming more in debt within the debt camp: often making it a life sentence.

He is a massive cheater and I hate his presence and want to see him destroyed. I know that Kaiji is still continuing and the fact that he still exists makes me feel terrible inside. I was happy to not continue the manga at the end of kaiji season 2 since it ended in a good place but I wish that Hyoudou would have been taken down, I wish.

You’ve just seen 5 evil characters in anime. Feel free to comment bellow about characters you think should be on this list that aren’t. The honourable mentions are Aoki sensei and all the girls from prison school student council.