I watched a tonne of anime in October and have released a lot of posts about those shows already, so instead of saying a little about the show I’m just going to link to the relevant post at the end! I hope you’re able to find some good recommendations within this list!

Also sorry for being a day late, I just didn’t want to release two posts on the same day.

Professor Layton and the Eternal Diva

I’ve played every professor Layton game and love the series greatly, the puzzles are fun to think about and I really love the interactions between the characters, so this film felt like my kind of thing and it wasn’t great but it was still pretty good in the end and what I would expect from a professor Layton film. The most enjoyable parts were where they solved puzzles and had to work out what was going on, these were pretty simple however it was a film and adequately difficult in the time period given.

The parts that seriously dragged this film down were the moments with the extra characters and non-professor Layton type scenarios. Whenever Layton tackles a revolutionary topic (such as something like time travel even though that wasn’t in the show, it’s just an example to hint at something similar)  there is a rational human explanation towards it and it’s pretty fun to try and work out. So here’s me trying to work it out and finding it difficult and it’s just simply the revolutionary discovery! It’s not a trick or a mystery! It’s just a crazy futuristic technology which shouldn’t exist! It was pretty annoying…

And it might have been just me but the characters became so difficult to keep track of that I didn’t really get the ending because I had no idea who was who and who did what. But if you’re not spending time trying to unravel every secret mystery so it might not be such a problem! 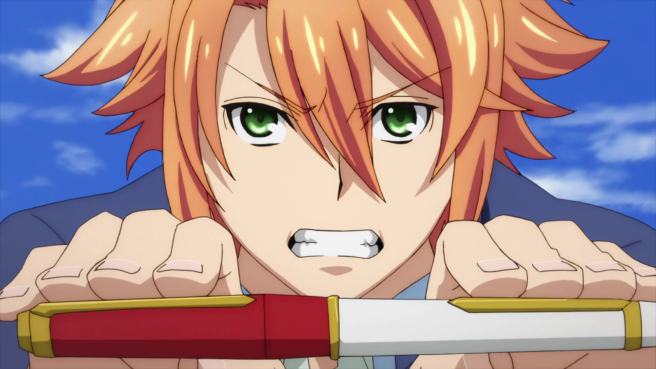 I watched this series because I dropped it earlier and wanted to finish it for the purpose of writing a post. Unfortunately the post wasn’t up to standard (in my opinion) because it was about how bad the show was and how much it wasted its great premise.

It’s only a short series so watch the first episode (which is legitimately great) and leave it at that unless you disagree with my idea of the show wasting it’s premise.

Nausica of the valley of the wind

Here comes the point where everyone hates me now, I really didn’t like this film. It felt really slow paced and boring in a world I thought wasn’t particularly interesting, I don’t really have a lot to say other than I don’t tend to like most films anyway so you should give it a shot because a lot of people like it.

A fairly nerdy guy goes to a high school full of delinquents and completely takes over the school. That’s what I would say but it’s actually a really hilarious comedy which is very old but still brilliantly hilarious. Each episode centres around one funny idea and has great characters who aren’t particularly developed yet have funny enough gimmicks or traits to make them loveable.

Who could have thought that I’d find enjoyment in a baseball anime! A sport which really kind of sucks. One outs is a baseball anime packaged in a way that comes off as a high stakes gambling show with high stakes at every corner. These guys use strategy, cunning and quick wits in order to win despite being the worst team in the league.

The show is riddled with corruption and deceit and it’s a brilliant interpretation of baseball which is good enough to make it interesting.

Much like akagi I would describe this show as the anti-kaiji which is another show you should definitely try out.

Yugioh season zero isn’t really a children’s show in my opinion and has things within it that probably isn’t suitable for young children, which makes the series really interesting.

Season zero takes place before yugioh was really a thing and instead is a mix between slice of life and games of death, with the slice of life leading up to the game of death. These are really interesting and whilst they involve friendship they are nuanced and interesting enough to be a thrilling ride.

I’ve not finished the show yet but I certainly would like too.

Going back to watch these 30 second Tanaka kun specials was really sad and it showed me that my taste in comedy might have changed because I didn’t find it funny at all whereas I had previously. It’s sad to realise this about one of your favourite shows but at one time I did really love it so you should give it a shot anyway!

These short episodes spend nearly all of an episode building up tension and suspense only to just finish with a jump scare. It’s not bad but once you’ve seen a few you’ve seen them all.

The jump scares aren’t really scary though and are often way too extreme to strike any fear into you. A lot of them are also CGI which is very terrible and not creepy in any way. It’s a good binge watch on Halloween though to get you into that spooky mood, if like me you were left out of any Halloween parties 😦

Shiki – Released a lot of posts about Shiki, click to read from the first.

Hajime No Ippo – This show is so good even though I don’t really like the sport involved, click to see why.

Tsurezure Children – This post is going to be releasing very soon, I’ll leave my thoughts on it ambiguous for now…

Alright let’s update the board to add the show I thought was my favourite!

April 2017 – Berserk 1997 (changed from Bobobo-bo Bo-bobo (Dub) because I still remember and think about Berserk to this day!)

October – Shiki (Obviously, only because I didn’t finish HNI this month)

8 thoughts on “What I Watched In October (Reviews and Recommendations For Anime!)”