In this visual novel you meet four different high school girls who basically force you to join their club: Sayuri, Natsuki, Yuri and Monika. They then make you write a poem every night and the game varies depending on who your poem appeals too and what options you chose within the day. The way the whole story develops is really cool and interesting so I would highly recommend it, since you’re reading a blog, and you probably like words quite a lot.

Even though I don’t tend to mind spoilers too much I would say that you should play this game unspoiled, the biggest reason for this is the disclaimer and warning at the start. Whilst you will still enjoy the experience spoiled I believe the unspoiled version was a far better way for me to play.

Only continue past this point if you don’t care about spoilers or have already played, also you might want to reconsider reading if you’ve not played the game more than once.

I admire this game for the way progression and making decisions felt like, and look at it in retrospect (now with new knowledge) as a great way of approaching storytelling, for making all the decisions feel worthwhile whist also not making you want to reset, because by the end you get the direction where the whole story is going anyway. I even found that my mouse was being drawn by the game to the Monika option by force!

Unfortunately once you realise this the game falls into something I call the telltale games effect. It gives you all the satisfaction of a chose your own adventure story without actually letting you chose your own story. To be honest in this case it fits with the ideas of the story but a lot of specific things happened based on my route which made it feel special but first I’ll talk about the mastery of forcing the player to ignore Monika.

When I played for the first time I didn’t pay any attention to her at all, however on the second run through I was able to see why it was probably unnatural for the player to pick Monika by the end, though not impossible. On the first play through you tend to pick your first route and person who you’re going to pursue. Both Sayuri and Natsuki’s designs didn’t appeal to me very much since they looked very childish so I was left to choose between Yuri and Monika, both of whom have pretty similar character designs, so you’re left to pick based on which character you like the most. And considering that Monika doesn’t appear in the poem selection and really gives absolutely no information about her Yuri starts to shine as the choice the player goes for. You pay attention to Yuri’s dialogue more to find out what type of words she likes whilst the best we can do for Monika is pick her first (which doesn’t actually do anything) and read those few lines of dialogue; Even when you decide to go and help her with her school project that option is removed. The point is that the game forces your mind to avoid Monika without you even noticing, which is something I greatly respect.

So once I’d completed the game I thought that the choices option would look a little like this: 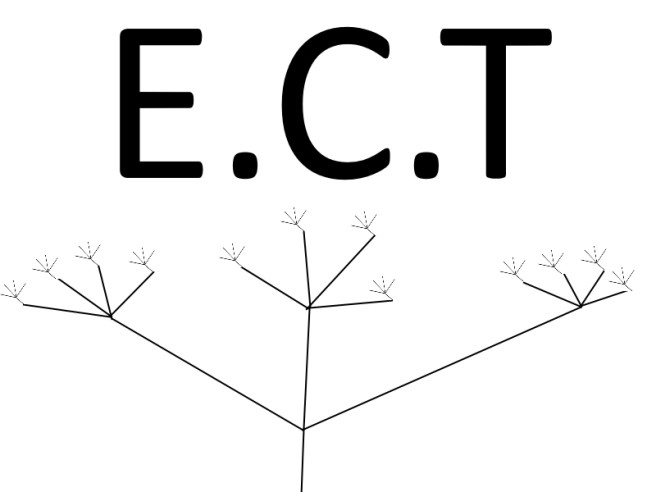 Except with a little more overlap but many more different endings. I thought that I’d gotten very lucky/unlucky and had the worst ending possible. I thought there might be a way to prevent the deaths by doing the opposite things and appealing to Monika so that she wouldn’t feel the need to delete everything. Needless to say this didn’t happen and it was very easy to see once I realised how much the game forced you not to choose her. To be honest it’s fair enough and now I don’t mind but I may have appreciated knowing this before restarting.

I have more to say about this visual novel! But it’s a lot of stuff that I don’t want to group together in one post, so I instead decided to split my post into several by splitting up each of my ideas individually to make each post about one specific thing! I’m doing the 12 days of anime Christmas challenge so I’ll probably see you at the end of December with part two!