I’ve been an anime fan for a fairly long time, so surely I know what all the deres are? Nope! Turns out there are so many more than you think, a lot of which I’ve never heard of before. So hopefully you’ll learn some new things! Tell me if you do! And if you don’t be sure to brag about it as well! (Sources at the bottom)

Never knew about this one! From the sound of the word you might think that a bakadere is a character who likes the main character and calls him baka a lot.

A bakadere is simply very stupid, air headed and clumsy. Despite often being nice nobody cares really because of the other traits a bakadere displays.

This is one of those tropes that I’ve heard before but can never remember. It’s someone who is very shy and nervous around lots of people but can often open up when alone with the main character.

I thought I knew what a deredere was. Someone who simply loves the main character and nothing else. But as of the trend of the whole post, I’m completely wrong!

A deredere is a character who is always cheerful, never sad and can always find enjoyment in something, oh and of course they love the MC. Obviously you don’t see a lot of them in very bleak shows.

Haji means embarrassment, so this is a character who loves the main character but is always really nervous, embarrassed and blushing around their love interest.

Do you ever get that feeling while reading these where you go “oh yeah that is a a trope character isn’t it!” this one was pretty big for me. I would just call this character generic but now I actually have a word for it. 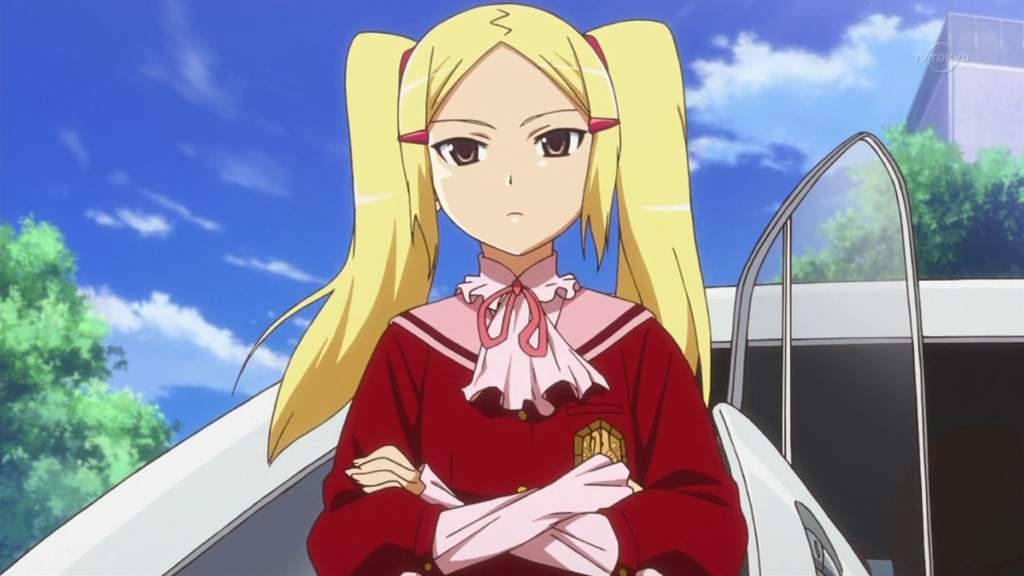 This basically refers to any character with a princess complex. They want to be treated and called by a princess even if they aren’t in reality. A lot of these naming conventions make sense since I recognise Hime from Mononoke Hime (Princess Mononoke) so it’s interesting to see.

Unfortunately I feel like I’ve seen way too many of these characters. 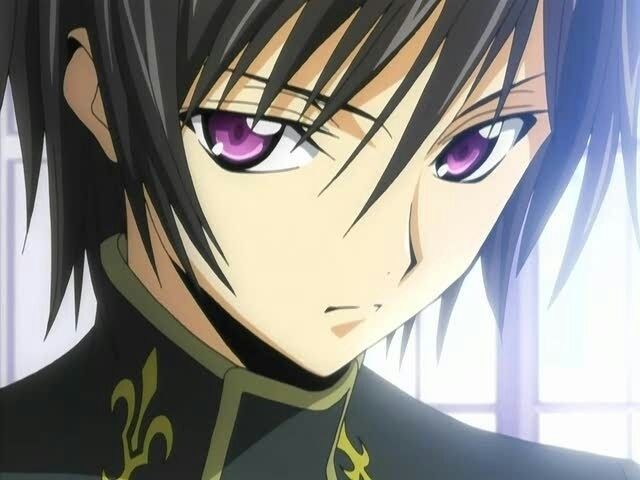 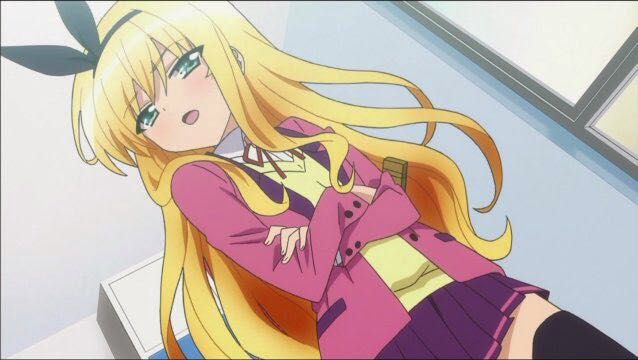 As the name might suggest this is a girl with a god complex. But as far as I’m aware I’m not sure if they have to believe they are a real god. It could be that they are extremely self centered, arrogant and boastful instead. All excellent character traits!

A difference between a kandere and any other dere is the reason why they are attracted to the main character. They are obsessed with money and wealth and find people who have it attractive.

This is one of the more popular deres but I think the distinction between this and a dandere is interesting. Kuudere’s display very little emotion and come across as very unsympathetic and socially awkward even if they sound cool.

While Danderes are shy these guys are just weird. It sounds strange to say that I got confused by the two because they now come across as really very different.

A mayadere is more of a character arc for a character than any real personality trait. When a strong villain switches to the main characters side because they love him they can be classified as a mayadere regardless of personality. Due to this they are probably going to be the best trope on this list due to the freedom of the character.

Even if they have switched sides and might not hurt the main character, you can’t say the same about his/her friends! 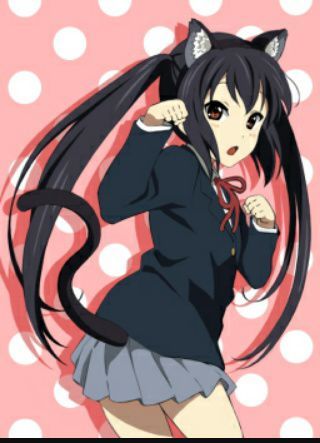 So characters who act like a cat and say “nyan” at the end of their sentences have a trope name? I guess it makes sense.

You love it, you hate it, it’s the tsundere! A character who acts aggressively and cold to the main character but actually loves him. But you probably didn’t need me to tell you that!

What you might need to be told though is that there are two types of tsunderes. The first one being the one described above.

The second type is where they’re more kind-hearted traits are put at the forefront and their tsun traits (i.e punching and acting abrasive) are only brought out if the main character makes a move or does something wrong.

An undere is basically a yes man/woman who will say yes to anything the main character does. They are motivated by love and will selflessly do things to try and get with the MC.

It comes from “Un” meaning yes, and not the english word which means reverse. So unfortunately this isn’t a reverse dere!

This is just a character who is always really sad and depressed through circumstances they have to face daily. This trope made me think that a lot of these are just character traits instead of just tropes. I think being sad is one of these instances where the trait should be kept well away from the label of being a trope.

A yandere is a person who obsessively cares about the main character and will stop at nothing to make sure that she can be with him. This often includes murder and horrific acts to eliminate the competition. Even if her actions make her alienated from the main character she will often continue anyway thinking she’ll be able to win him back later because of her strong love displayed through her actions.

I’m not a big fan of this trope and would rather use the label psychopath over yandere in almost all situations.

A bodere is very shy around the main character, but uses violence to hide her embarrassment. I’m not sure if I’ve actually seen a show where someone has displayed these traits so I guess I might have to hunt a specific show down just to see a bodere in their natural habitat!

I’m at a point here where these tropes are basically two tropes in one. If you’ve been paying attention I’ll let you try and work out which two tropes these are!

Hinedere’s think extremely highly of themselves but are very emotionless and stoic while doing so.

These guys are manipulators, who play around and scheme against the person they love. They enjoy and find pleasure in ruining people’s day.

“What? THIS ISN’T A DERE!” I hear you scream at me, because everyone on the internet is constantly screaming at their computer!

My attitude is when else will I get to talk about these tropes? There isn’t really a chance so I’ll include anything else I find while searching for deres here!

A tsunshun exhibits all the traits of a tsundere, however after they have commited their violence or insults they feel very guilty about it and can often cry.

From what I’ve heard a yangire is a character who is a yandere but for their family members or friends. I think I could respect a yangire a lot more than a yandere, though still not very much.

I found a website that said this was a dere, however I think they just misspelt  Kamidere. In any case if it is a trope the only difference between the two would be that kamidere is the only one with a god complex. Kimidere is everything else without the stigma of also being a god!

A person who loves the main character but has a terrible illness that is often fatal. They are often very nice and kind as well.

Despite being very nice, pleasant and normal on the surface they are completely mental and can just put up a false front. They will have crazy messed up thoughts in their head even though their nature portrays otherwise.

An oujoudere is very lady like and proper. They don’t have to actually be a rich lady but their behavior often communicates a feeling of being rich, delicate, and up their own ass with manners. 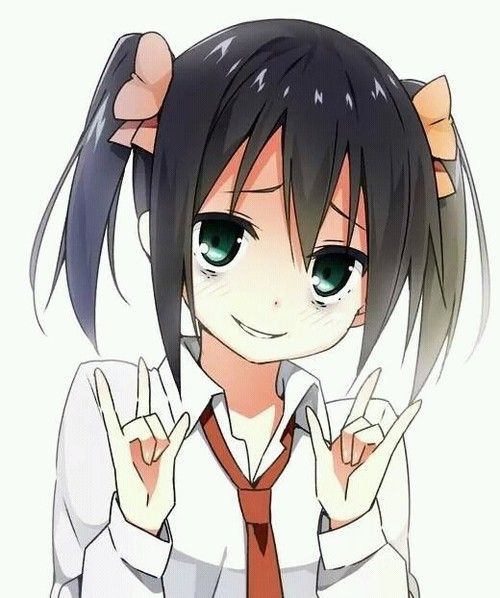 Unlike the dereshun a shundere will be sad before they ever do anything bad, and often won’t do anything bad at all! This is just a character who feels consistently sad but also loves the main character.

This trope is more common in males however it’s someone who acts like a thug but actually has strong and kind feelings towards their love interest.

And that (finally) is everything! Why are there so many tropes here! The challenge from the start still applies. And thank you to the sources listed bellow for telling me what all the tropes were.

All -Dere Types in Anime and Manga

Also tell me if I missed anything despite looking it up in all these places!