This post has been a pretty big annoyance to do because My anime list is currently down and I wanted to get this out on the last day of the month. I use MAL to see my anime watch history so I don’t have to track it for myself so this will be from memory. Let’s get into it! 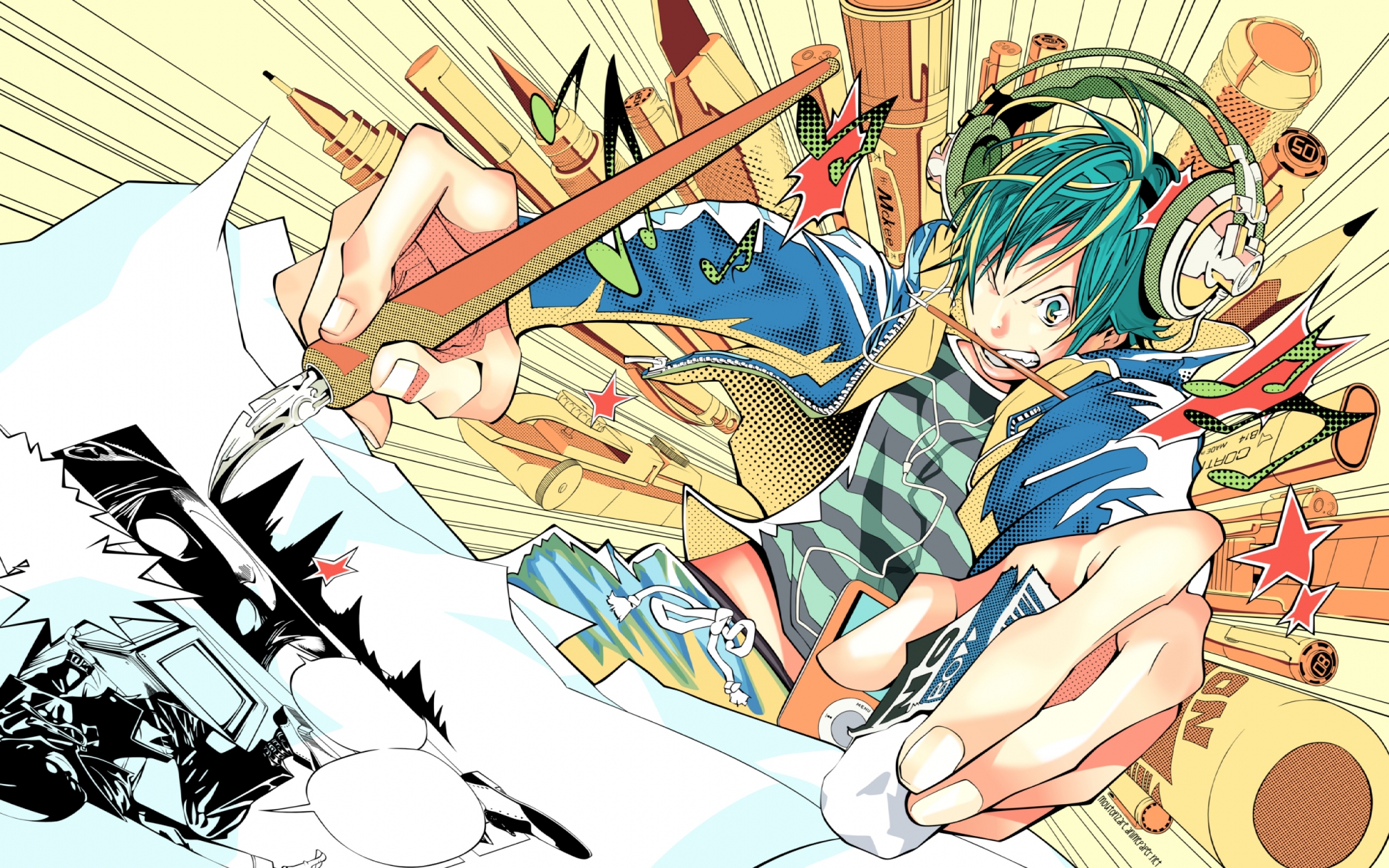 Bakuman is an anime, adapted from a manga, about making manga and it’s great. It’s a pretty great insight into how shounen jump is made since this is made by people who worked with it a lot!

Since the creators of the manga know a lot of things about jump the things the editors tell the mangaka’s to do is often seen in the actual show and it’s really funny to see. They are able to keep the story highly interesting with new rivals, people, events and plot points.

I’ve read all of the manga for season 1 only and I have to say I like the anime more. The manga is great but it has a lot of text per page. I prefer fast paced chapters which are sparse in dialogue as the sketches are what I like the most. I’m not here to read a book!

The manga is still great, this is just my preference, don’t let me stop you from reading it!

I’ve just struggled to get around to reading it because each chapter always takes longer to read than I think it does and I mostly have been reading other things as I will talk about in the manga section of the recommendations post.

I watched the wind rises which is made by Hayo Miyazaki who needs no introduction. I didn’t like this film a lot. I just couldn’t get into it and found it boring. I think the main point of the film was about being a creator and having a passion for what you do.

I guess I sort of just disagreed with the film. For example he spends a lot of the film struggling to make a small plane fly while he goes to Germany and flies a huge plane bigger than he could possibly make. This depressed the guy whereas it would be a huge motivator for me to do better.

The problem with Ghibli films is that half of it is in the visual aesthetic and great animation, so when I see a ghibli film I’ve lost half the battle. My laptop has a really terrible display so all Ghibli films look garbage on it, this means I really don’t feel the appeal of a lot of the film.

I also made a commentary track for no real reason, it sucks and I hate it but it will be available soon if you ever want to do a re-watch of the film. 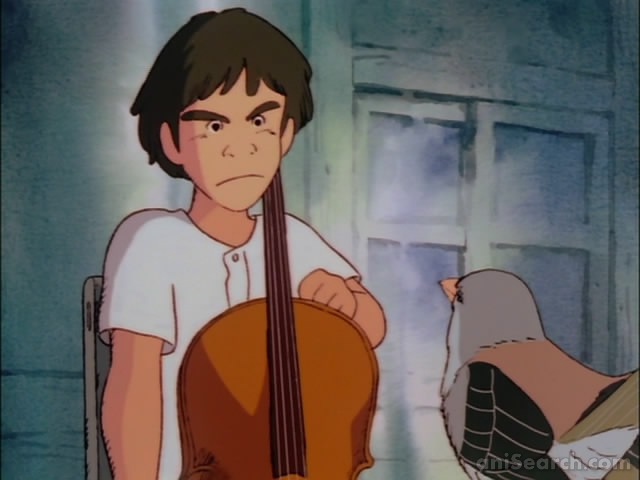 I really loved this film so much.

It’s about one young hopeful man working in a small orchestra as a cello player. However Goshu is the one man who is letting the whole group down. He’s not bad at playing, but he’s not as good as the others and makes the sound of the music less good overall. With ten days left until the a huge concert he needs to play in (contrasting the minor events he plays at in the meantime) he really wants to improve.

Goshu is such an easy character to get behind. He is the embodiment of a nice, timid person who just wants to do his best for the orchestra. As a pianist I greatly understand his problems of learning a difficult song yet struggling to master it. You might hesitate for a few moments or play the wrong notes or have a consistent incorrect timing that’s difficult to remove. Goshu is having this problem, and you don’t need to relate because it’s explained well, but it’s just a part of the film I love.

Through the ten day period several animals come to visit Goshu as he is practicing and accidentally help him to unlock his true potetial by coming to him for advice.

It’s a children’s show and the interactions with all the creatures is fairly comedic, light hearted and silly but it’s still a real joy to watch.

The ending is really sweet and I love the coming of age story that takes place.

Now we’re on to manga! 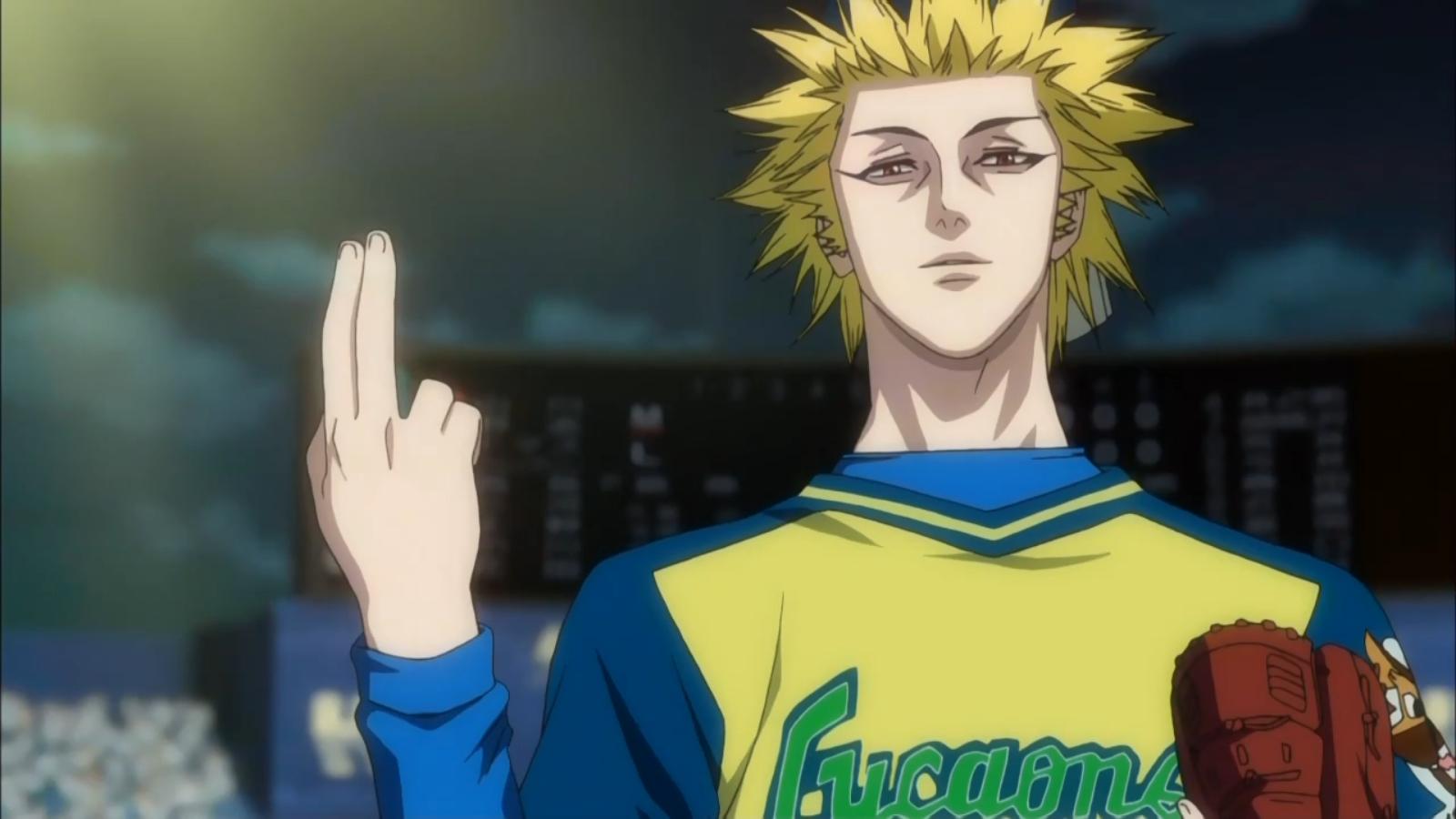 I find it really weird when I end up liking a sports anime, but I should by now just accept that they are anomalies that can always surpass my expectations after all Hajime no Ippo is probably my favourite anime of all time.

One Outs takes the psychological warefare of Akagi (Another work by the same mangaka) and puts it into the context of sport. Akagi is a manga about mahjong, a game so complicated that nobody understands it, so one outs by nature of being about baseball is better.

However thanks to RemyFool I have some things I can use to learn the game. Maybe I’ll be able to return to Akagi and enjoy it thanks to his advice. He linked two sites which I recommend you check out to learn the rules. I’ve not got round to it yet so you may even get a head start above me! http://arcturus.su/wiki/Main_Page  and http://www.gamedesign.jp/flash/mahjong/mahjong_e.html

In one outs the main character creates an illegal contract with a baseball company and has to outsmart his boss just to avoid debt. The tactics get very interesting later and I love everything that happens as soon as the anime finishes way better than the anime itself.

Tokuchi adds struggling players to the contract and unlocks their secret potential and does a seriously large amount of good work for the team on the whole with his philosophies on team work which are fairly sound and a lot better than the standard stuff you usually hear.

Of course I would have to talk about liar game. It had an effect on me that made me write about it constantly!

It is basically another gambling manga like One Outs, I’ve reviewed it a lot here!

Each game is a high steaks match for money in which you need to win by tricking your opponents with lies. It’s very interesting!

The main annoying this is how it tends to tell you absolutely nothing! I like seeing what the characters are thinking because it makes the steaks higher, I hate to just be surprised at the end with a huge monologue of how they did it.

See this is why we need my anime list, I nearly forgot about Boku Girl! In fact I did forget but only remembered just now a few hours later!

Boku girl is about the life of a boy who became a woman overnight, and all the weirdness that follows.

This manga is pretty funny and doesn’t take itself too seriously. A lot of the jokes might be about the side effects of living in a girls body, like him being convinced that girls pee facing the back of the toilet straddling it like a reverse chair.

It is fairly ecchi and draws a weird line where it can show nudity, but only of the guy with a body of the girl. I think this is because the mangaka must think of him of a guy even though physically he isn’t.

Then there are fun side characters like Loki, the God Loki, and a freaky underwear collector who I don’t like so much.

It’s a really fun manga so I recommend it! I’ve not finished it so I will be contending it in the next month when I’ve finished it instead of this month.

So let’s have a look at the updated tables for May!

There we go. I bet you might have been surprised at these results given my enthusiasm for Bakuman and Liar Game but no, these two just did better!

25 thoughts on “What I watched in May 2018! (Recommendations for Anime and Manga)”