I watched all of Heavens Lost Property and thought that it was alright. Then I see a huge video series by Syy called a love letters to heavens lost property where he convincingly describes why this show is his favourite anime and I get his perspective. If you’re thinking of watching the show then I recommend checking his series of videos out now because they are much more through than anything I will write about the series.

So I’ve seen the anime for this show but not read the manga. So I’m now going through the manga to check that he’s correct. Overall I would say that he’s not, but everything I appreciate he appreciates way more which is why he likes it so much. There is a lot to like here, it’s just not ever going to be one of my favourites.

So in this manga our protagonist Tomoki finds a fallen angel that will do anything he says, and she has the powers to do everything like kill everyone or something like that! This manga has four chapters as well as a bonus chapter so I may as well talk about each of them individually.

The opening chapter is all about the theory of beings appearing instead of weird slave angles. Actually I find it odd that recently I’ve been talking a lot about slaves, I promise you I’m not weird!

Tomoki is dreaming of an angel and it’s clear it’s going to be made relevant later. The first impression of him is an image of him crying though showing our protagonist not to be a hero and just a normal guy.

Then we’re introduced to Sohora and it’s probably the worst part of the chapter because it’s pretty generic and makes you sigh. She wakes Tomoki up, realizes he has an erection and then karate chops him! Just like in every other anime like this!

Oh yeah the genre tags for this manga is harem, so that’s where I’m coming into this series from. The guy who spent like 13 posts criticizing harems (and still isn’t finished) is reading this! To be honest it’s alright despite all this. One of my main points were that of course there can be good harems, but often the other generes/aspects of the show make up for the harem elements. The harem in itself is almost never good. It’s alright in this manga though.

We are introduced to Sugata by having him jump off the roof of a building… for research.  He has a para-glider though and crashes it. This is a crazy maniac who will make the adventures possible through his crazy theories that sound stupid. They go to see Sugata who tells them that something big will happen because two worlds are coming together!

Then an action scene takes place where Tomoki finds an angel that falls from the sky and takes it home. I guess this is the hook for the rest of the chapters.

This is probably my favourite chapter of the whole manga. So if you have an angel with infinite powers who would do everything you say you know what you’d do right?

It’s about Tomoki exploring all of the powers. He becomes invisible to watch his friend changing, he stops time so he can walk naked through the street, he summons a tonne of cash and conquers the world and goes to sleep.

When he wakes up everyone is dead. The angel, Ikaros, conquered the world by murdering everyone else but him. This order cannot be reversed. Then he wishes it was all a dream and just wakes up there on the spot.

It’s a great arc for him because he learns all of the powers, and also learns the responsibility of it. Luckily for the show it gets rid of a lot of Ikaros’ energy so that crazy things can’t happen again but it also gives us a good explanation for why he doesn’t rely on her powers. He’s scared of them and thinks they would be safer not to be used. Tomoki just wants a peaceful life anyway so who cares? 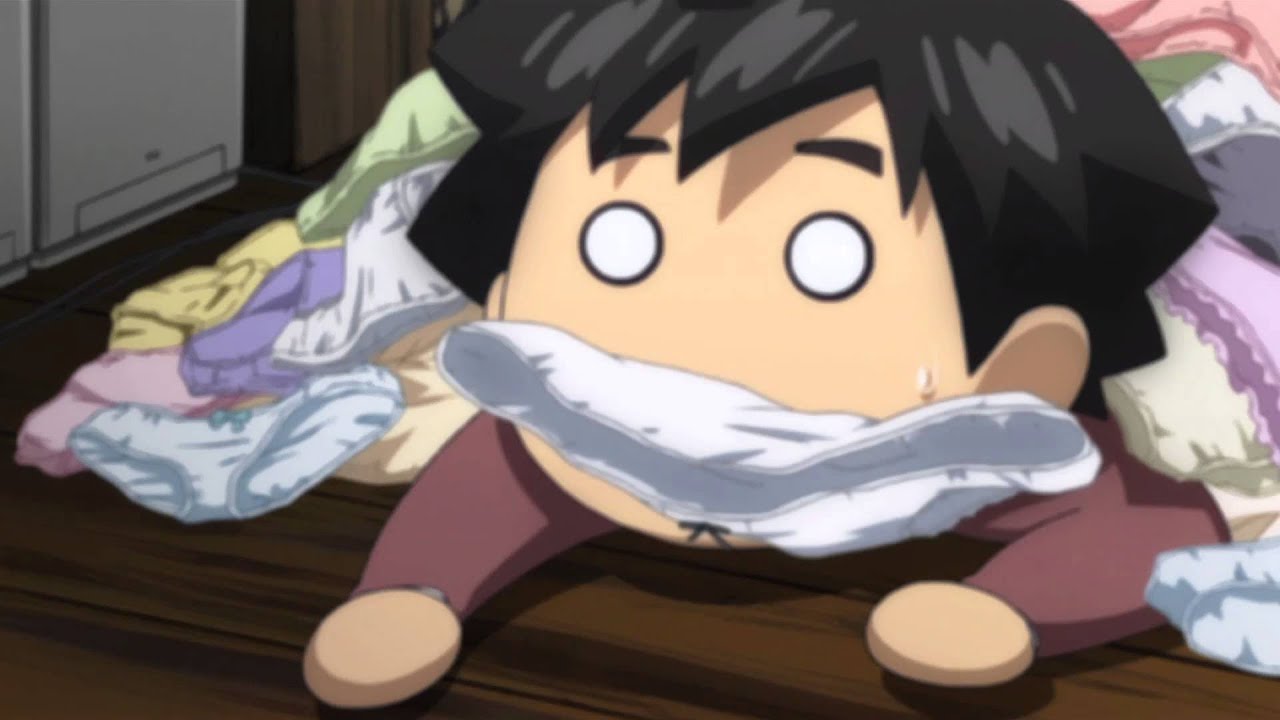 While this chapter is the most stupid, it did have a good laugh. Basically Tomoki accidentally uses his last card on wishing Sohora would wear nicer panties. This leads to every single pair of panties she wears fly off of her legs like a bird and all of the panties in the world leaving the legs of the women they belong too to fly through the sky. All in purpose of a joke where Sohora wears bear panties instead of dog panties just because Tomoki doesn’t like dogs.

It is pretty funny but not a lot happens and it feels sort of wasted. It felt a lot like an excuse for fan service, and since I don’t care about panties at all in fan service (It doesn’t even feel like fan service to me it’s that bad) it did nothing for me. 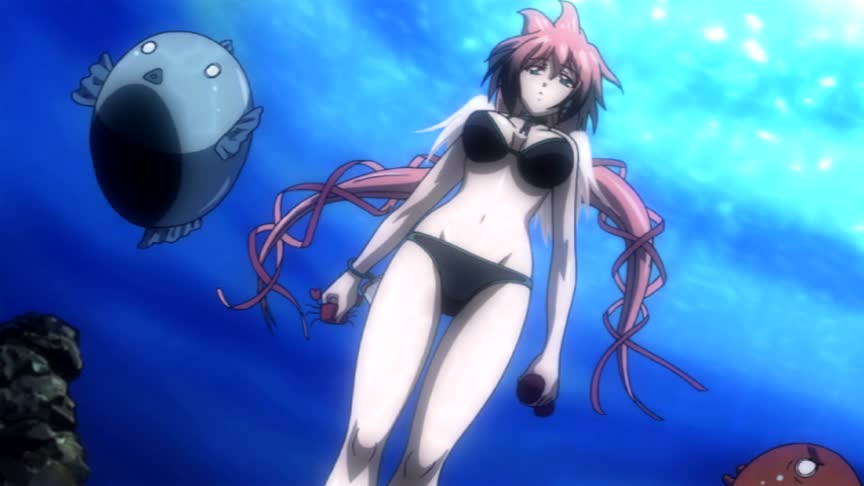 While this chapter would have been great I feel like I’ve seen it before in quite a lot of places and I think it’s because Sohora is a very generic childhood friend who so far hasn’t done anything interesting really except be there for fan service.

They all go to the beach and Tomoki spends the whole time helping Ikaros to learn to swim even though she can’t swim either. It’s nice and all but feels a bit boring.

Ikaros goes to the shops and makes a curry. She kills a real chicken to do this.

Alright that’s the summary of all the chapters! Overall I’d say that I liked this manga a fair amount and would recommend it to anime fans for definite. I’ve heard a lot of people get out of the harem watching loop by watching this show, and I think it helped me do that as well.

It’s a better harem manga than most and still has emotional and funny stories in it!