My exams covered about half of this month and there was a holiday right at the end meaning I didn’t watch too much, however there was still a week of pure nothing meaning that maybe I watched more than I thought!

I enjoyed Triguns episodes even though I ended up dropping the show in the end. The show is very episodic with one off plot lines around Vash the Stampede and two insurance people who follow them. Because it was episodic I dropped it knowing I could easily jump in and pick it back up again. To me the overall feel of the show would worsen if I saw every single episode in a row because all of the adventures would feel less important if there were 24 of them in a row and Vash was OP in all of them.

The show is really fun and interesting so I would recommend it if you like the aesthetic of a desert and one off stories. 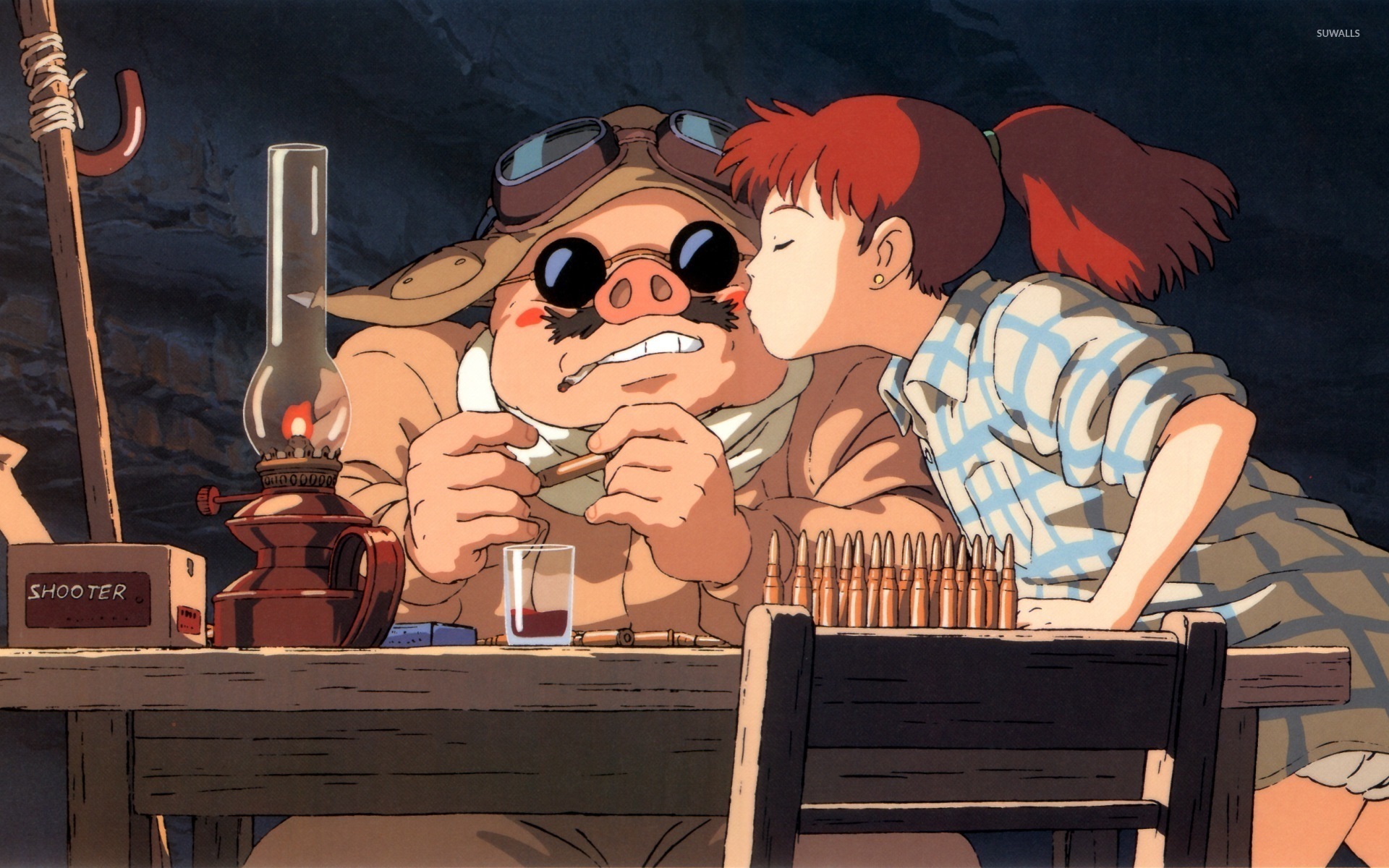 This was the first of many Ghibli films that I watched this month and I thought it was great! The general tone of the film is great because it’s really hilarious and has a lot of cool animation and art which adds to the general feeling of the film.

Every anime fan should put all the Ghibli films on their watch list because they are all that good. So I would definitely recommend this.

Season 2 of Saiki was finishing so I thought I’d watch it because it’s a great comedy. The main character is a dude with psychic powers who just wants an ordinary life however because of the friends he makes this task is insanely hard.

An example here is the rich dude who was one of my least favourite from the whole cast. However he was also rich, which meant we got cool episodes like the mansion episode and the thrilling cruise ship arc which was one of the best series of sketches in the whole show!

So it’s good overall, if you want a really great comedy you can’t go wrong here.

I can’t believe I ended up finishing this show, when I look back on the watching experience I think why?

This show is a pretty generic action story with small amounts of comedy and is not particularly impressive or stand out overall. It is fine to mildly entertain you and that was about it. I watched the entire show at 2x speed which might explain how I got through it so quick.

When I was revising for exams all I would have had was 4 hours in the day for free time, the rest would be in revision or an exam, so I would try to make it efficient and watch 6 episodes in an hour or three episodes of Saiki and that’s how I watched a lot of these.

Castle In The Sky

This show has a great adventure to find the immense riches of the castle in the sky. Despite releasing in 1986 it is still able to look better than pretty much everything released today because it has the type of art style I like the most which I would like to see replicated more.

It has really emotional moments as well as fun moments, this huge variety of things makes it a real joy to watch. The world feels great and the pacing feels right so it’s all too easy to become completely absorbed by the film for all of it’s run time.

Lupin The Third: The Castle Of Cagliostro

I partially watched this because ages ago I saw two episodes of Lupin and really wanted to get back to it, and as well as that I wanted to watch a film and this just happened to be the first movie made by Hayao Miyazaki so it was a great choice!

The whole gang from Lupin need to rescue a girl from a castle so that she isn’t forced into a marriage she doesn’t want. It’s fun to watch and really high energy. There isn’t a whole lot going on besides the rescue plot line but it’s still great and a good action/comedy film to enjoy. 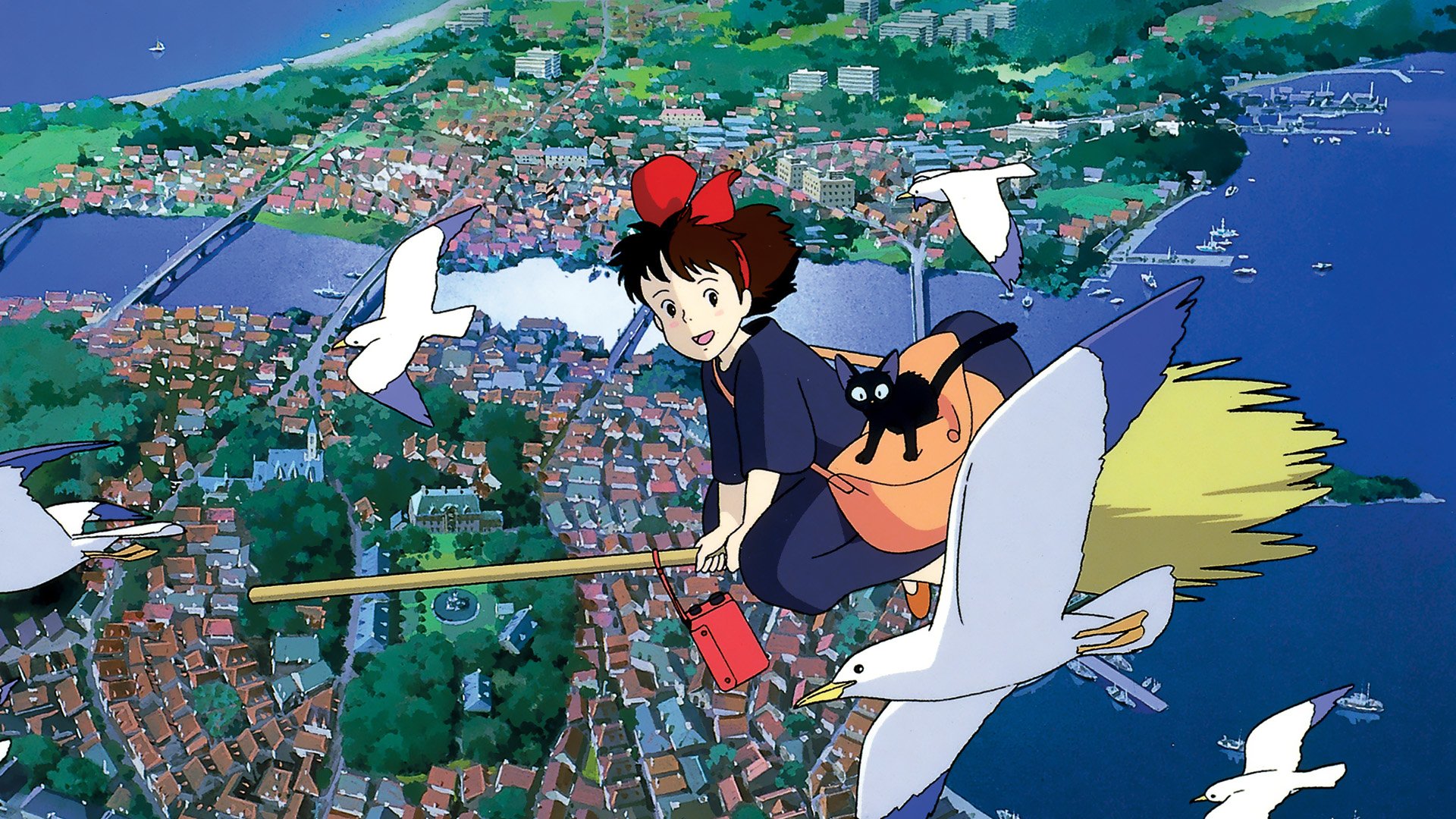 This was the last Ghibli film I watched this month and I was not let down. Similarly to My Neighbor Totoro not a huge amount happens in this series but it’s got a genuinely feel good tone with a great sense of humour and aesthetic.

This was probably the film that made me think every Ghibli film was good, and I just needed to go back to re-watch the ones I didn’t like because surely I would enjoy them again!

Now it’s on to the manga

The only real bad thing about this arc is that it spoils the ending of the previous. Kaiji one poker reached it’s epic finale and Kaiji won 2.4 billion yen, however now he has to escape with the money with his two friends!

The fact that the corporation is stopping Kaiji from keeping his winnings shows how corrupt and terrible the Sendai group is, there are no simple wins here even though their should have been.

It’s rumored that this arc is going to be just as long as the previous and I’m pretty happy about that personally. The whole point of the arc is to get Chang and Mario back to their own countries with Kaiji seeming to be safe.

I’m predicting that Chang and Mario will get away however Kaiji will be captured. This is because Kaiji has to stay in Japan, even if he gets a disguise he would eventually be found.

I like the idea of bringing the psychological mind games to real life and outsmarting people in the outside world. They have to do things like rush home to get their passports, go three city’s across to not be found and things like that.

I’m looking forward to when they get an antagonist because outsmarting minions can’t be as dramatic as one genius. I want to see Hyoudou freaking out, Kazuya desperately begging his dad to stop chasing them and situations of real difficulty.

Kaiji has not been a perfect show/manga though because huge mistakes have been made in the past, like dedicating so much time to pachinko machines without the author realising that games against computers have no steaks at all, the best parts of the bog arc were the schemes outside of the machine and how they rigged it, most of it was skipped and it was a real shame.

The next mistake was a huge mahjong arc which nobody understood because mahjong is the most confusing game ever made! I think even if you knew the rules the changes of remembering both players tiles as well as tenpai’s and things like that is the most impossible thing to do.

So anyway this arc has started good, let’s hope the quality continues and the steaks increase! I’ve seen a lot of people view this arc with disdain saying that it’s boring and there isn’t even a game. I would disagree by saying that this arc is the emotional impact of the previous 3 as it’s so important to every character involved. Ends are being tied up and everything is changing. While it may not have anything for you mind games wise the story is reaching it’s emotional climax and it’s great!

Alright let’s finish off with the best anime I watched this month! It was castle in the sky! Don’t worry though it was an insanely difficult choice as there was so much good stuff this month!

I’ve got no choice for the manga it’s obviously Kaiji 2.4 billion yen escape arc! Let’s look at the scoreboards so far!