If you are coming to this with no idea who Ninja sex party (NSP) are then I’m sorry, and you’re welcome.

NSP is a band made of two members. The first is Ninja Brian, a guy with god like reflexes, quick temper and immense ninja ability. He’s often seen killing people, playing keyboard and getting annoyed at the second and last member of the group, Danny Sexbang.

That’s right! The second member of NSP is Danny Sexbang, and he’s just as funny and cringey as he sounds. Dan is simultaneously a sexually active ladies man and a cringey nerd who never gets laid at all. This is because in reality it is the latter, it sort of has to be to create the character in the first place!

So what makes them so great, first of all it’s actually musical talent that they possess to a large degree. Dan is a fantastic singer and Brian has a masters in music theory (or something like that) allowing him to create technically advanced and brilliant original pieces of music. If you want to check If I’m wrong then a good place to start with these guys is with their cover albums under the covers one and two where you can pick a song you know which you’ll probably enjoy!

But why do their songs and humor work so well and get such a large audience on YouTube? Well I guess we’ll find out. I was going to rank all of the songs and talk about them in order of ranking however I don’t want to start with (in my opinion) the worst so I’ll talk about them in release order!

As well as this I’m going to talk about these songs from the perspective of a fan who jumped on late, so I’m just as baffled as you as to how they started; if “I just Want to dance” was their first video or not  or how on earth they got the budget for any of this!

I Just Want To (Dance)

Theirs something that Ninja Sex Party songs do for me that very few other songs can do, which is create a whole new world for me to imagine that is only hinted at but would totally love to watch and see.

Lines like “I killed a king and changed the course of European history” paint a life that Dan has been living outside of the song, along with pictures of his past. It doesn’t matter that this comes across as stupid and pointless boasting which never happened because you can just imagine this.

I don’t know why but this immediately comes across as a great back story for Danny Sexbang as a character as it explains the name NSP perfectly. First of all the group started off as ninja’s, but this is all soon to change! It’s like Ninja Dan’s transition from Ninja to Danny sexbang was the cause of this song, Danny wanting to dance. I just think that’s a genius part of the character and it explains a lot of Dan’s mysterious powers and how he met Brian in the first place.

Speaking of Brian this very first song sadly reveals the identity of Ninja Brian which was kept a mystery to everyone who didn’t watch this song. Me being me I watched this song by going oldest first and saw the face of Brian looking up whilst wearing his ninja costume. This also allowed me to recognize him much later in songs like no reason boner and it’s sort of sad for the character.

Much later Brian would come out with a face reveal, with the notion that “everyone knows this isn’t serious and it’s not going to make the songs any worse by having a genuine human moment with you guys anyway”. It did not ruin the song but I found it fun having conversations about Brian’s appearance with friends and being the only one in the know. 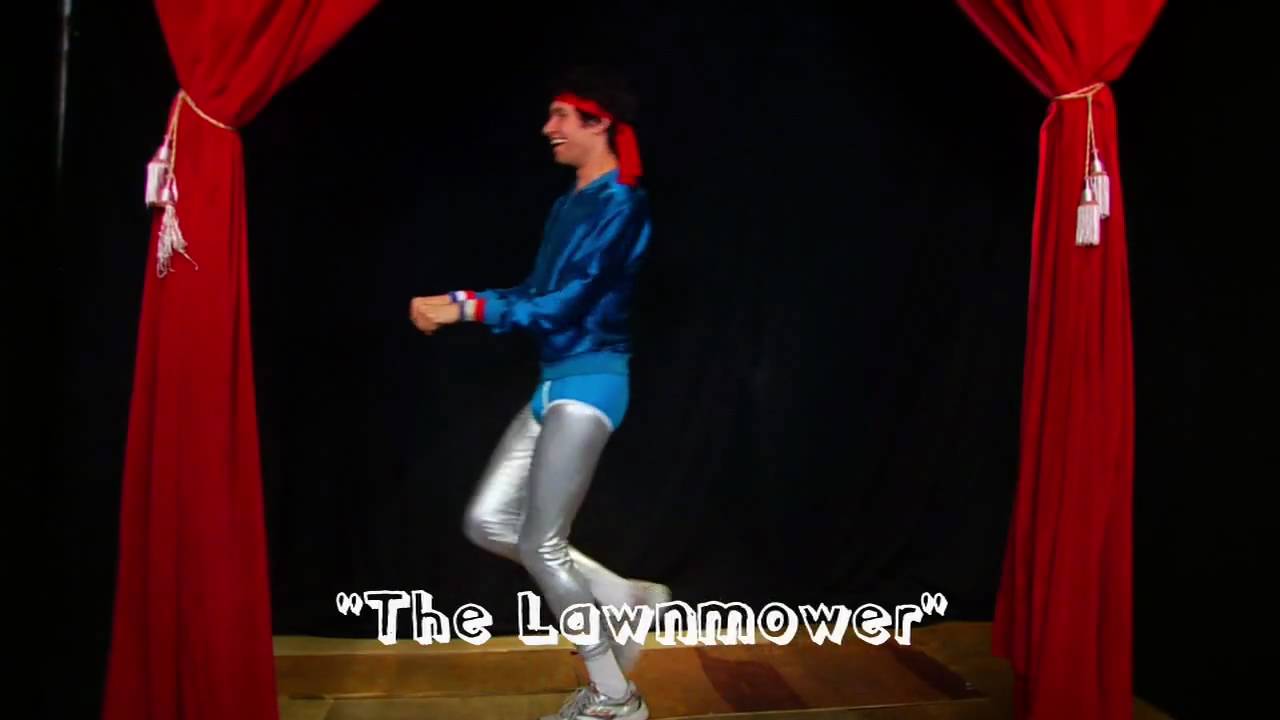 Besides this I really enjoy the song in general for it’s hilarity. It shows Dan setting himself up to be the best guy at sex ever before undermining it with stupid and cringey dance moves, some of which you just have to laugh at. It is the complete essence of Danny Sexbang shown through one song.

Don’t get me wrong, both Dan and Brians characters are set to develop more in the future but I can’t help but get the impression that there are multiple Danny Sexbangs and even some of the real Dan. Sex Dan, Rejected Dan and real Dan are meshed together in these albums allowing for serious emotional connections as well as great hilarity.

The decision from the outside looking in was a song that for the success of NSP simply had to exist. In fact it may have been better for the song to release before I just want to dance however it just wouldn’t have made sense.

The plot of this song is that Dan and Brian come to a hot woman’s house (by Brian pushing Dan on a motorbike) and Dan tries to convince her to have sex with him instead of Brian with the assumption that she has to have sex with at least one of them, which is a self aware joke used very well.

The first thing it does correctly is establish Ninja Sex Party as the band name, not the YouTube channel name. It also says “hey we’re a band, expect more good stuff from us here!”.

Also the way Dan introduces himself and tries to persuade the women is also a lot of exposition for the audience and allows them to learn more about these weird and funny dudes. It’s a really clever choice. The funny shaking head of the girl also adds a lot to this.

It also showed that Brian was in the band as well and just as equal in importance as Dan (hence the decision) which could have been missed by the first song.

Danny sexbangs name is at least mentioned twice so even if you didn’t read the descriptions you would see the name and find it funny.

The last thing we learn is that Brian has an STD and he will murder you if you mention it. That’s how the song ends, it’s funny! The way Dan throws him under the bus combined with Brians great over the top facial expressions creates a great attachment for the people you’re watching near instantly.

Oh dear if you haven’t liked this style of comedy so far this is probably where you’d want to click away.

This video was the first video where NSP included an opening sketch before the song. It would be the first time anyone would see them interacting normally with each other and it also gives the context of the song. Basically NSP are going to a party but Dan can’t go because he has a no reason boner and the whole song is explaining what that means. It basically says “don’t take this too seriously just enjoy this fun humor!”.

It’s fun seeing Dan’s (sexbang) daily life as well as normal conversations he might have. As far as I can remember this is also the only song that Brian is on where he is the voice over and actor for the zoo keeper and post office man. It was all there from the start and you just didn’t notice!

We also see Dan at parties, eating and basket ball with this problem and it just makes the song so much more funny, It explores the idea very well.

It’s quite funny when Dan is at the midtown diner…

His no reason boner is also made a lot worse by the clothes he’s wearing. In a panic Dan leaves… and it’s brilliant.

I’ll give you just one more of these!

This song is probably one of their funniest to me and it’s very hyperbolic but a bit relatable too.

This mini-series of 4 episodes is a very under watched part of their YouTube channel and never reached the huge views the other songs attained. I can only assume that it’s because of the 4 part series that people weren’t prepared to give it their attention.

In fact the sacred chalice does have an original NSP song in it, 4 of them, however they use the same backing track so they could be theoretically looped together into one massive song.

If it was to be made into a song I think it would be one of their worse as it’s not as catchy and would be overly repetitive. I do however like it for the story.

Dan takes a girl into his house (bedroom) and shows her around stopping at the sacred chalice, which has a huge backstory to it which he has to explain. The series then turns into a mix of story and song which is very funny. It’s very medieval and also has that low budget (but still has a budget) look.

If you’ve seen “peppermint creams” it’s like that except without the shouty bits and great melody.

I would definitely recommend going back to this if you’re a fan of NSP!

Since I’m talking about side projects I thought I’d talk about this because I knew I’d forget about it if I didn’t. NSP removed all 20 of these from their channel so I don’t remember what point it is uploaded at as well.

Essentially every day for 20 days they would release one haiku. These were all very funny and stupid. I think my favorite one was …

sitting next to the toothpaste

It is dark in here”

But you’re free to watch them all to determine that for yourself. I enjoyed these a lot but I can see why NSP got rid of them. They were very short and had a lot less views than all their other videos. It also stopped people from finding their other music because there were 20 videos in the way of all of it!

Oh dear I’ve got this far and I’ve only written about their first 3 songs. There’s like 30 more to cover! I think this needs at least another part or two…