I feel like I’ve not watched any anime at all this month, and that’s basically true, the only anime I finished this month was Saiki season 2 (which I covered last month but hadn’t seen the final three episodes) and that means that every single anime on this list is a movie! That’s right all I watched was 6 movies this month and an episode or two of Hajime no Ippo. I find it harder to watch anime lately due to busyness and not really finding something that interests me. Let’s just get into it!

At the end of June super eye patch wolf released a video called “Why Tekkonkinkreet is an amazing movie” which made me want to watch it. It’s a great video so if you’re on the fence after reading this then I’d say watch that!

Tekkonkinkreet is about two kids living in a city called treasure town they are called Black and White where White is a child and Black is the overseer. They act as if they own the city and run through it wildly, but as the yakuza takes over they have to fight harder and harder to protect their city and to connect with people.

Everything super eye patch wolf says about the film is true and replicated for the  majority of the movie. It’s really sweet the way the two look after each other and I love the fight scenes with the unique art style. My main problem is that it felt like it lost a bit of momentum at the end and this could have been better. Not to say the ending was bad but I just found myself getting a little bit bored though it.

I like Cowboy Bebop quite a lot, but I don’t love it, so bear that in mind. To me this film was good but on a lower quality than the rest of the series.

The gang have to find a terrorist group and take their bounty, it’s a good idea and as a general rule it’s a good movie, but all I can think of right now are the bad things because I’ve come to expect a lot from Bebop in general.

Spike comes across as invincible here and has a really quick recovery. It’s fine but it broke my immersion a bit.

There was also a side character that was introduced fairly badly and I wasn’t sure what relevance they had. It later became clear that they were a rival sort of character who wanted the same thing, but wanted it before the main character so they were competing.

Maybe I’m just used to the typical pacing of a cowboy bebop episode but there were so many different events that happened on track to the same goal that it felt a bit odd and bloated to me. There were a lot of different things and I’m not really sure they were necessary. 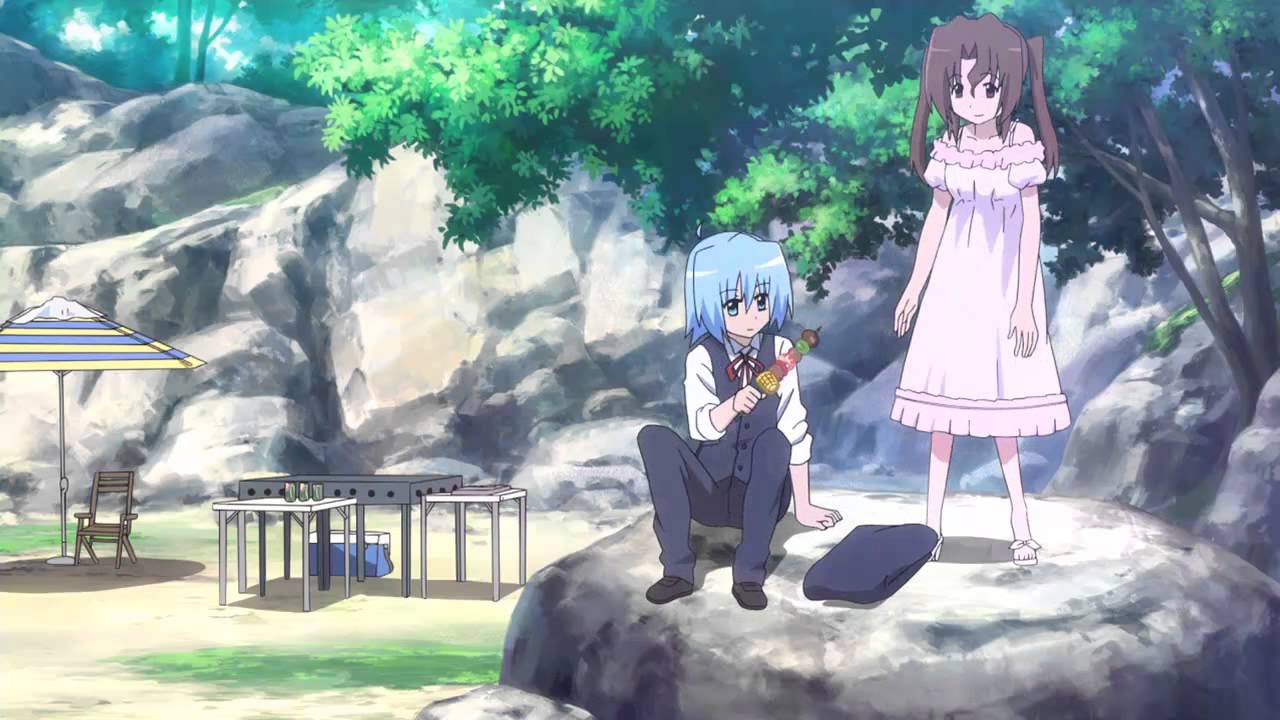 Hayate The Combat Butler – Heaven is A Place on Earth

This show wins the prize for the worst anime I watched this month! Granted it wasn’t awful but it was generally boring throughout despite only being an hour long.

My history with Hayate is that I read a good chunk of the manga before dropping it after realizing how terrible and generic it was. I sort of read it without thinking and never really found it funny.

Despite reading so much of it Hayate has a huge harem of people whose name I completely forgot and 90% of this cast is useless and shouldn’t be there at all.

Basically Hayate goes on a trip to the country side to try and get his master to enjoy the country side and all of her friends come with them. In this time the master and half her friends get kidnapped to a fairground and it’s up to Hayate to rescue her, except for the fact that he’s completely forgotten her and it’s one of those “I have to remember her” type tropes.

The thing that sucks about this is how the animation looks, it is the exact same quality you would expect in a normal low budged harem comedy anime. It’s really obviously awkward and makes the countryside feel generic and uninteresting. There are only a few specific shots that look of film quality and they go away quickly.

Then the humor is just not for me and any laughs that I did have were me forcing myself because I wanted to like it. A large portion of this film is slice of life so it really suffers through lack of humor.

I’m not saying you won’t enjoy this, it’s just the comedy and story just weren’t for me. 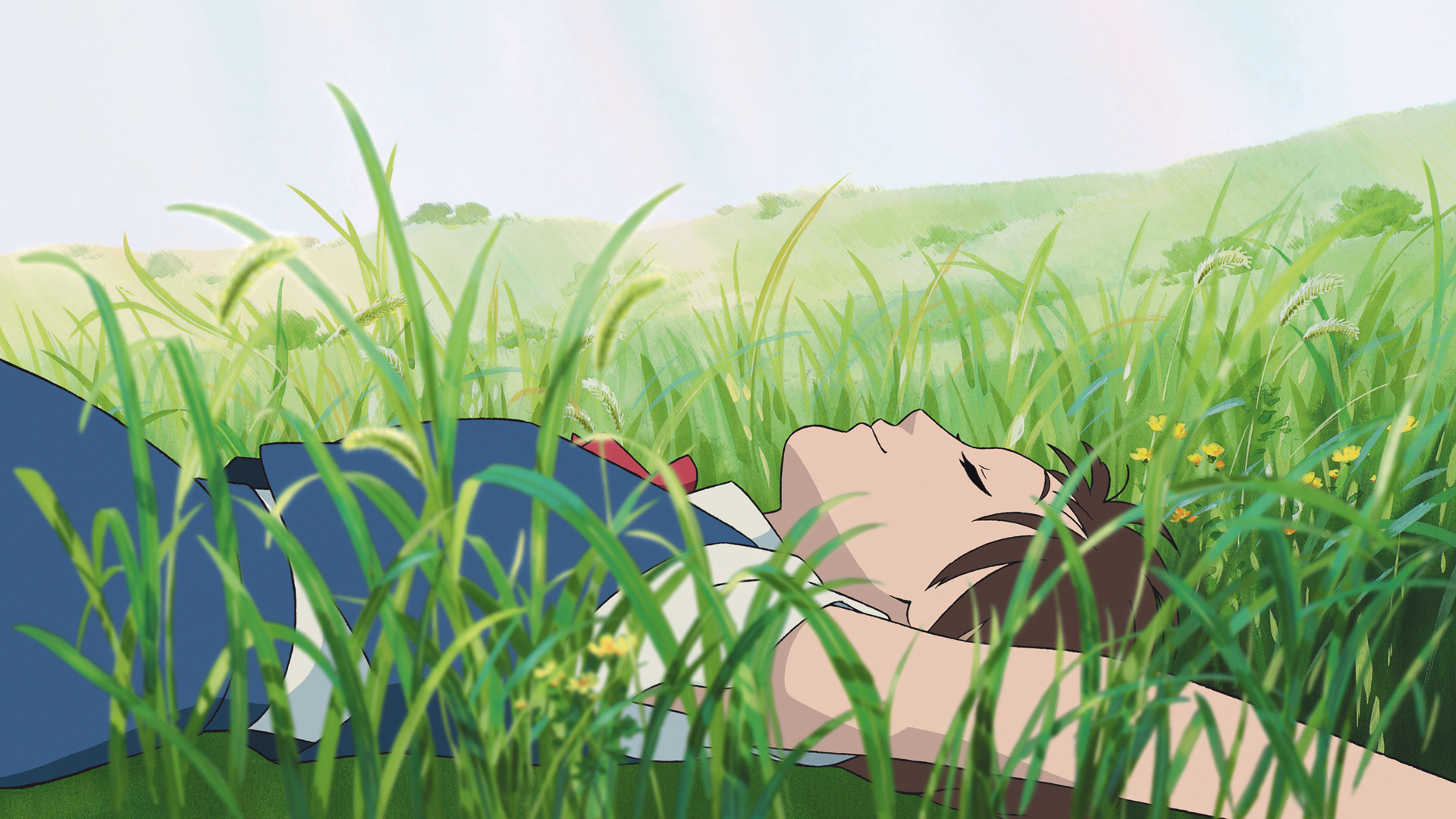 Yes I know I’ve watched this but not seen Whisper of the Heart, but I don’t care because you really didn’t need to watch the original before this and I wanted to watch a short movie hence I saw this.

This film was really great, very funny and also really sweet! It’s a Ghibli film so you know it’s going to be good anyway!

A girl saves a cat and it turns out that cat is the prince of the cat kingdom (or something) and as a thank you the cats send her many gifts which all suck a lot. They are great gifts for a cat, however not for a human. The last present is marriage to the cat prince however the main character really doesn’t want to marry a cat (who would) so she and her group of friends consisting of a fox (probably a fox), a massive white cat and a crow decide to save her from her fate!

It’s a sweet family film and while you know everything is going to be ok in the end it’s still a joy to watch. My favorite part is everything that takes place after she enters the palace, especially that maze scene which completely set me off into hysterics.

The Tale of Princess Kaguya

Before I go on I want to say that I liked this film, but it’s probably my least favorite Ghibli film that I also happened to like (so ignore the ones I disliked) if that makes sense. It’s more because the whole film was pretty sad and depressing to watch, which was the point but I always wanted to see things get better.

The start of this film is great. It’s such a fun slice of life thing to watch and really establishes a connection with the people. But then at one point I was like “Oh wait, why does something sad always have to happen in situations like this?” and then I was sad for most of the rest of the film because Kaguya really wanted her to get back to her village and I wanted her to do the same!

It’s not all doom and gloom though, a lot of her learning was funny but also sad at the same time and I thought that thing with the marriage was brilliantly done. The time when she fled home in her mind was done brilliantly.

I was so disappointed by the ending though. Why couldn’t it be happy? It’s not really a common story structure to have is start good, then go bad,  and then end even worse. And it’s clear why it’s not used very often, it’s far more effective for a happy ending than a sad ending.

The Secret World of Arrietty

This film was so good! I just loved everything about it honestly. The idea of small little people borrowing things from houses is such a cute idea and the villain was necessary but not so evil that it really brought the mood of the film down.

It’s charming in general but I particularly like the connection between humans and borrowers and how they relate to each other. There’s all this sadness about them not living in the dolls house, an intricate system of routes that they borrow and things like that.

I like the relationship between Sean and Arrietty and especially what it turns into. It’s sweet to see but also sad for what happens later.

Just the way they use normal objects as actual things is really funny. Like a pin as a sword or the tea pot as a boat, it’s really funny!

I don’t remember where but I think I heard people saying that they didn’t like the ending to this film but I sort of liked it a lot. It was sad that they had to move however it was a nice emotional ending and ultimately happy in the end because everything seemed to be ok at the end of the show.

Now it’s on to the manga!

After reading Boku girl last month (and really liking it) I thought I’d look for similar things and ended up reading this because it was only 3 volumes long. So this guy’s friend buys a strange medicine which the main character drinks and overnight he becomes a girl.

Turns out he actually drank all the medicine and has to raise 300 million yen to turn back. How does he do this? By becoming an idol and making money that way!

But theirs also this girl who the main character likes who is also an idol and they become closer together as they continue their work. Then he finds himself also attracted to his guy friend and he gets confused about which one he/she should go for (since they both like her).

This manga is quite interesting for themes of gender, change of identity, and hiding your gender (like their are two extra characters who pretend to be the other gender!) and fan service, lots of it! 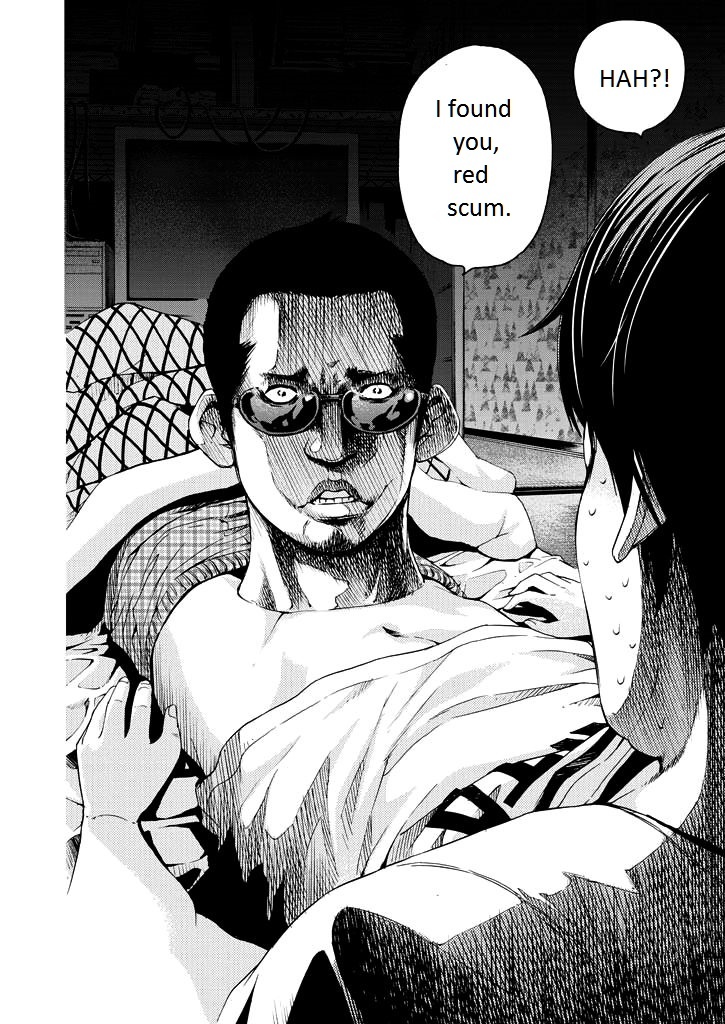 It was quite funny in this sort of over the top comedic way but it didn’t last for very long, I also felt like the main character wasn’t learning anything. So I dropped it early and never felt the need to go back to it.

Now let’s move on to the best anime and manga of the month! I didn’t realize it before but the majority of the anime’s that were my favorites of the month were films! Arrietty was probably my favorite this month because I just enjoyed it greatly and had a really nice time watching it. Idol pretender is the bets of the month because it’s the only manga I actually finished! Sort of wish I put boku girl up their instead of Kaiji last month, because I’m still reading Kaiji and it would be a better place to put Kaiji on this month as I didn’t enjoy Idol pretender as much. Actually I may as well just do that now!