Welcome back to yet another “what I watched”, I’m going to recommend you some anime and manga that I read this month now!

This film is about talking raccoons fighting against humans to protect their home, and as soon as I heard that premise I immediately started watching! What I got wasn’t that exactly but it was still a very enjoyable time.

We start with warring factions of raccoons before they realize that the real problem is humans destroying their homes. It hardly ever descends into actually fighting humans but the scare tactics and shows that they use to try and drive the humans away is entertaining.

These guys also happen to have super powers and they use it to their advantage. I don’t want to ruin what these powers are but the raccoons learn to unlock them and travel across the lands in search of raccoon masters to help protect their home.

Obviously this is largely about environmentalism but theirs enough extra stuff that it’s not constantly in your face. 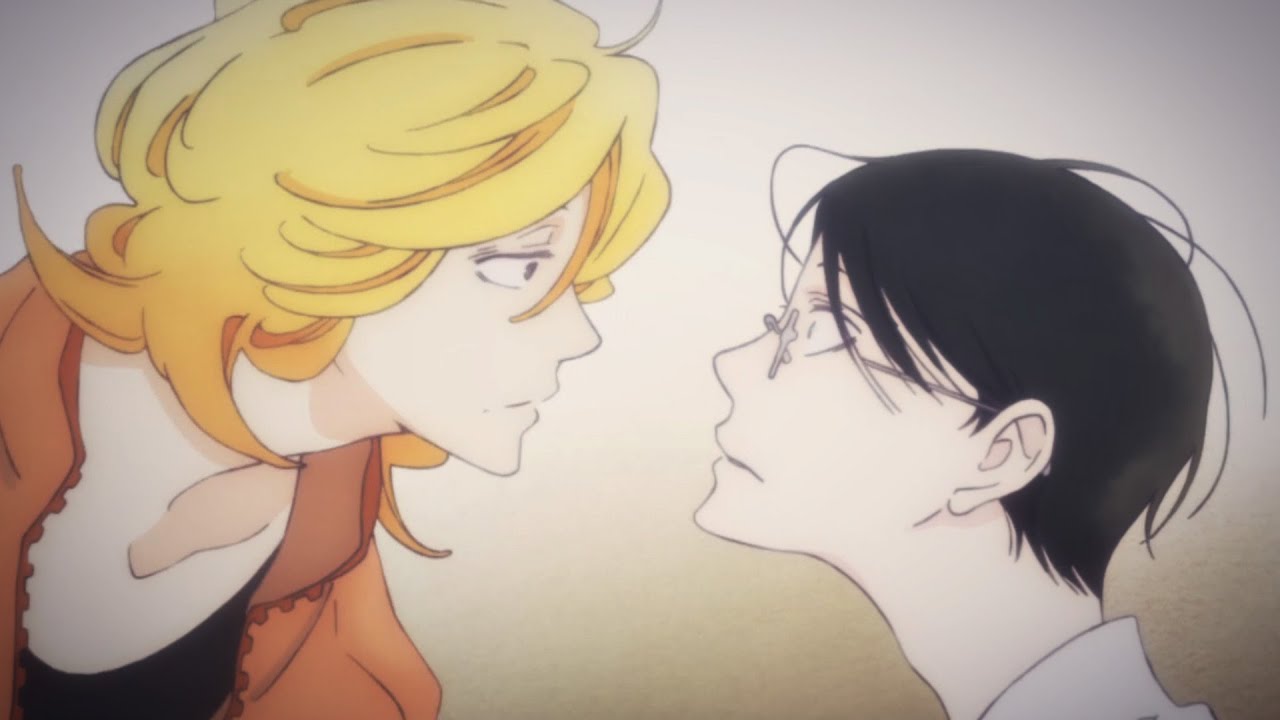 Ages ago I did a CrunchyRoulette post where I watched whatever randomly came up on CR. I came across a Yaoi/Shounen Ai series that I didn’t like very much and said if I wanted to get into the genre I’d start with the best, well I thought Douukyusei was considered to be one of the best so I tried it out!

I thought it was good, not great but good. Due to it’s incredibly short run time it didn’t really feel long enough to explore their relationship/ theme of gay relationships and I felt like the conclusion would have been better if we had a much longer run time to really like our characters and see more problems. But if the main criticism is that there should have been more of it then that’s not really a bad thing.

What I saw I found entertaining, it was interesting and the dynamic of the way the characters found each other was nice to see and the theme of the social stigma and public attitude towards their relationship was really good. I didn’t find the characters brilliant however for what it was it was quite nice.

It was one of those rare times where I was watching anime on my TV and my dad walked in to watch it, and very quickly it was apparent to me that I wasn’t just hooked but my dad was as well, even though he had just jumped on to the show at like episode 25 or something! He even asked me how he could watch this show on his own after I stopped watching! (It’s a shame CR flash player sucks and crashed constantly on him or he might have actually continued)

Anyway I’ve not actually finished this series but it’s great. We follow a really likable guy who wants to be an astronaut and we see him go through all of these crazy tests and exams to qualify and it’s so entertaining. These tests are so scummy but also really let you empathize with the people involved.

I like how everyone has a really strong dream and motivation for their goals and seeing them work together is also great, it’s a really gripping show.

The Boy and The Beast

I was worried this would be really bad and boring but it was actually lovely. Great visuals and animation as well as a thrilling world.

A boy runs away from home and is taken up as an apprentice for “the best” a sort of wolf man who is in competition with another guy for the title of god. The relationship between the two is so endearing and seeing the boy learn is so funny!

It’s using a lot of these moments of innocent fun and entertainment which allows it to really lift the steaks and emotions later on and make everything feel so satisfying and entertaining. It’s a really great time and not just fun, but really nice and emotional as well (in a good way). Ghost in The Shell

I decided to actually finish this film unlike the last time where I dropped it halfway through. And I sort of don’t blame me for doing that. Even on high resolution this anime looks insanely blurry and the start is a lot of politics which is hard to follow, we keep on transitioning between hard to follow things and then theirs this huge part which is just some guys driving a bin lorry and a quiet moment on the boat. I dropped it last time on the boat.

This time I did find it more interesting but still quite hard to follow, was sort of lost by the ending with the weird hacker. I did watch the dub so I don’t know if that had something to do with it.

The thing is that I did enjoy it, specifically for it’s moments of action, things I could follow, and world. The world of ghost in the shell is just great in my opinion, I like the visuals of a futuristic world with a lot of imperfection, it just appeals to me in some strange way.

So I wouldn’t recommend it over the vast amount of other great films but it is good if cyberpunk is your aesthetic and you really like the idea of cyborgs and futuristic society.

Now we’re moving on to manga!

This manga has a promising start, a fairly disappointing middle but a really good ending. Our main character can’t get a girlfriend and he gets a love ghost to come in and help him out!

I actually dropped this in the last post but I decided to continue it since it wasn’t long and I wondered what happened!

The actual ending really did well to justify the middle.

So the whole point of the manga was to try and get the main character to be with a specific girl who he is after. The problem is that while fast paced at first it completely slows down and he doesn’t really do a lot because the manga has to continue.

The real way to appreciate this is to realize that the ghost is a main character as well, and that’s where the real interesting parts start to happen.

The advice the ghost gives is not terrible, however it’s often misguided, not enough, or just strange, and nearly a whole year passes and he’s not made any progress at all!

The reason is that when the ghost was human he read a tonne of self help books about this kind of thing and tried it but failed spectacularly, he got a girlfriend and died hours after by sheer desperation!

That’s why he can give some advice and it also explains how it comes out so strange! There is a lot more backstory and it was a really good ending to an otherwise average manga! 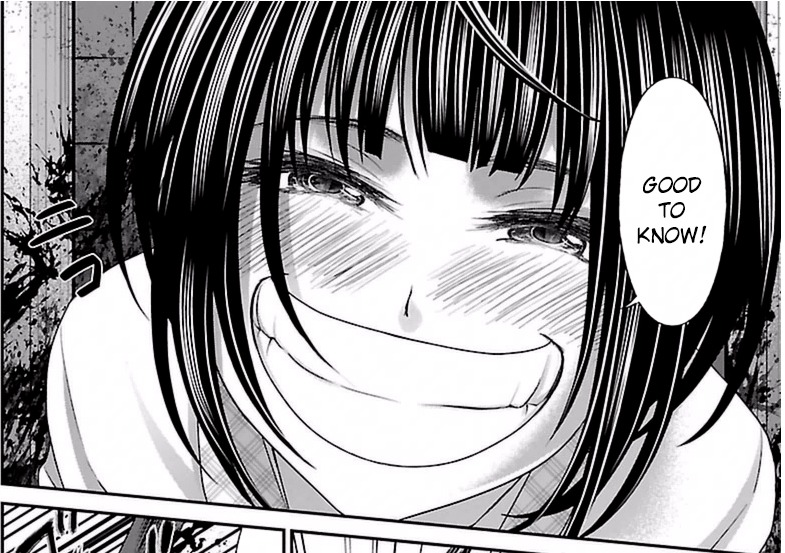 Seriously messed up is how I would describe this, it’s so gory and strange that it tends to just make me want to see what other insane thing they can come up with. The writing and story is never great but the fact that it’s so messed up makes you stop even thinking about that!

Dead Tube is a website where you join and receive huge awards if you’re video gets the most views. The thing is that the person in last place for video views has to pay the cost for all crimes and finances that took place that the other teams did. So there is a lot of murder and messed up scenarios as they need to be in order to get the most views.

The start is definitely a lot better than the end (which is still ongoing) but I definitely noticed a drop in quality after the “which one of us is the killer?” arc as the writing sucked so badly in that and it just didn’t improve enough.

Anyway if  you’re in to crazy gore and messed up scenarios then you’ll probably like this.

Alright that’s all, the best anime I watched was the boy and the beast and the best manga was love Riron for that ending. I would put space brothers on but I’ve not finished it yet.

Here is the list of my favourite anime and manga from each month! We now have 5 films on my anime list!

Anime
January – Neon Genesis Evangeleon
February – A Silent Voice
March – Hajime No Ippo: New Challenger
April – Welcome to the NHK
May – Goshu The Cellist
June – Castle In The Sky
July – The Secret World of Arrietty
August – The Boy and The Beast