As some of you may know I’m at University now and believe it or not it’s difficult to blog when you’re whole life completely changes! Things are still settling down so blogging should hopefully continue soon!

At my University there was a place set up where posters were on sale. I saw a tonne of Ghibli posters I really wanted so I ended up buying a lot! They were asking questions like “How many do you want?” as I was buying them which told me that most people didn’t buy nearly that much.

Anyway I thought I’d show you them to make you feel jealous and show off my collection.

This is apparently from Naruto, I got it because I thought it looked cool, It’s not Ghibli but I still wanted to show it! 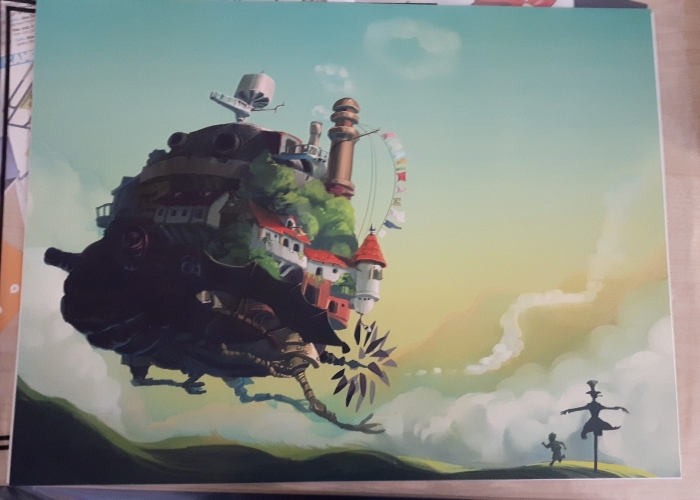 I just love the film and really liked this art. The scarecrow as well as the boy is a really nice touch and it’s a really nice wallpaper. Just thinking about it Ghibli wallpaper would make a great background wallpaper for PC. I might look into that now!

This film is great but this poster is of probably my favorite scene from the film. I just really like the atmosphere of them waiting in the rain for their dad while a huge peaceful monster is next to them. Having the girls unable to see Totoro due to the umbrella also adds to the initial mystery of whether it’s their imagination or whether Totoro is really real!

4. Castle in the sky 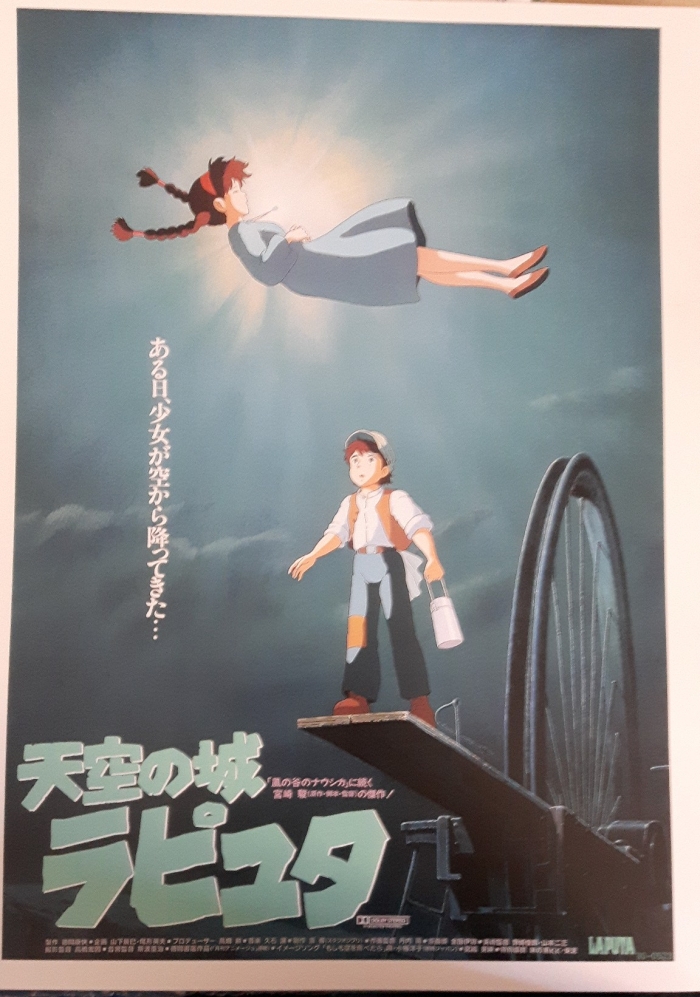 Castle in the Sky is a huge contender for my favourite Ghibli film, right next to Ponyo and Howl’s moving castle. It’s not exactly my favourite kind of poster but the shining magical stone with the girl descending is really fun to remember. Would have preferred a poster of maybe the robot but this was all I could get! Would have much rather had this than the castle though because I already have Howl’s moving castle on a poster!

Yeah I just liked the movie poster. It sort of feels like I’m advertising the film in my room (which is pretty funny) but it just looks good. You could probably get some nicer environmental images of Mononoke, like of the tower at the start, or the forest or any of the cities/towns but the character image is quite nice as well. This makes me think if I get a printer instead of buying posters I’ll just print them out (even if they won’t look nearly as good.

Spirited away is good but I like more of the other Ghibli films over this by a large amount! However this was my favourite poster. I just think the masked guy is so cool and fun and it makes a really interesting poster. All of these ones are only slightly bigger than A4 by the way so it’s not like I’m running out of room to put them up!

So there are all the Ghibli posters but I may as well show more of the ones I have. I’ve got bleach, pokemon, zelda and death note at my parents home but I don’t have those to show right now!

So basically I went to this event where you get a tonne of free stuff as advertisements. So I got a lot of free food but I also got 4 free posters. 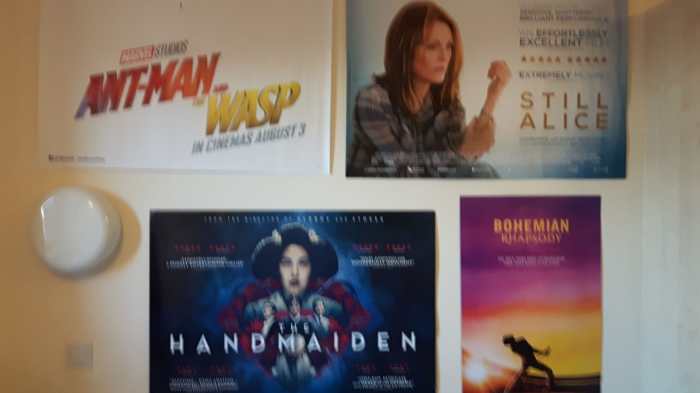 It’s pretty blurry but you get it. All of the ones you can see are free, and if I had anything better I wouldn’t keep any of them! At any rate they were free so I may as well put them up!

I gotta work at putting my posters up straighter! Anyway the top one is from Zelda Majora’s mask and the bottom one is a map of Skyrim.

There were Zelda posters there to buy but they all looked pretty generic and simple so I didn’t want to get any. It sucks that a lot of anime posters are just bland with the art and characters at the front. You want something more iconic/specific like Skull kid or Totoro in the rain or the masked guy from Spirited away.

Ok I’m off now to look for wallpaper to use on my PC! In the meantime please tell me what you thought about the posters! Which ones did you like the most and which ones did you hate? Thanks a lot, I’ll see you when I see you!

3 thoughts on “I Got Some Ghibli Posters!”