I thought it would be fun to talk about the shows I watch episode by episode weekly. My thoughts on the ancient magus bride are pretty controversial however I think my criticisms are valid enough that even fans of the show would understand where I’m coming from.

The very obvious first thing is the visuals of the show which is really bad in my opinion. The modern anime look is something that I tend to dislike on average but it wouldn’t even be that much of a problem if the edges weren’t so soft. Most colors looks dull and the lack of sharpness really disappoints. Normally I attribute this to my laptops poor display however it still looked the exact same on the huge screen I watched it on. I asked other people who were watching with me and they didn’t notice it so I guess the whole show just looks faint and dulled.

A lot of the appeal of this show lies within the world but it just looks so awful and generic to me and most of the time (during the first 2 episodes) they were inside so it didn’t even matter!

To me the most important thing is probably the characters and story, but let’s talk about the characters first. Both Elias and Chise are extremely bland and dull to me. Their dialog and delivery of their lines is just so boring and feels awkward and weird. The general tone of the show feels pretty laid back, calm and uneventful. It is a slice of life show but when all of these things add up it just becomes so boring and dull.

Comedy is used to try and lighten the tone but the execution just isn’t good to me. It is not the kind of show where humor works due to it’s laid back and calm tone. The only indication that something is a joke is that the characters face goes more cartoony (which looks really stupid and out of place by the way) and there isn’t any sound effect, change of voice, or any comedic timing. It just happens and looks dumb.

Then Chise is also a pretty big problem. She is quiet and traumatized by her past to the extent that it makes her hide her emotions. Also she is the main character basically. This kind of character does work well, however their are way better implementations of it.

So how do you make someone invested in a character who hardly says anything and suppresses their emotions? How about instead of hinting at the backstory you just give it to us. A backstory gives us a frame of reference to explain why the character acts the way they do and until we get one it’s very easy to just see the person struggling as weird. Seeing Chise’s backstory would allow us to sympathize with her so much better, we could relate to her past struggles and become invested enough to see how she changes as a person.

When a backstory is only hinted at it really annoys me, it feels like a really annoying way to make you want to continue watching. It’s literally watching because you “might” learn a thing whereas if you know what it was you keep on watching because you’re actually invested. Granted just knowing that she’s a slave might be enough investment but it doesn’t work for me.

To be honest my complaints might be a bit harsh for episode one. I watched the OVA so it basically covered the exact same thing so it might have been more boring because I knew what it was already.

The second episode would have been better right? Yeah it was better, but it just didn’t work for me either. It didn’t help that they spoiled the dragon ending right before we started watching as well!

A lot of it was a blur to me. All I remember is that they met some really annoying new characters, proved Chise had a tonne of magical power, and then she was kidnapped.

I want to talk about the kidnapping too because it was so out of place. The idea was that it was meant to be surprising, and I’m sure it was (if you didn’t know it was coming) but it was just so weird to me that I didn’t even care.

I’ve been pretty negative this whole time because I don’t have a lot of good things to say outside of the vague kind of things you can say about every show. So the first thing is that it was boring, but only slightly more boring than interesting. So that means I was a bit interested but just felt pretty distant. The next good thing is that I still want to see what happens anyway, so I guess it’s doing somethings right.

Update – if the anime always looked like it did on the featured image then I wouldn’t have a problem with the visuals – maybe both screens just suck for displaying anime. Either way the feel of a world can contribute so much to enjoyment so understand that it’s harder to connect with characters in a world that looks awful.

Here is the featured image for reference – Unfortunately for me most of the time it looks like this 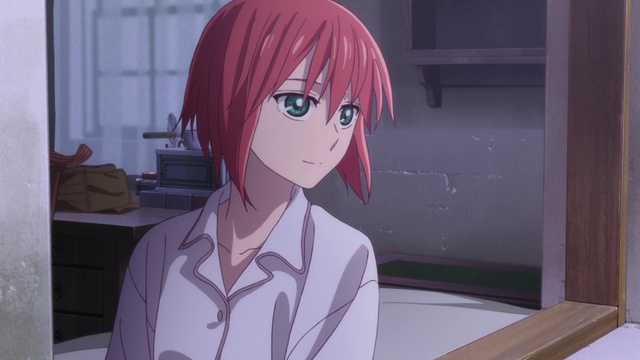 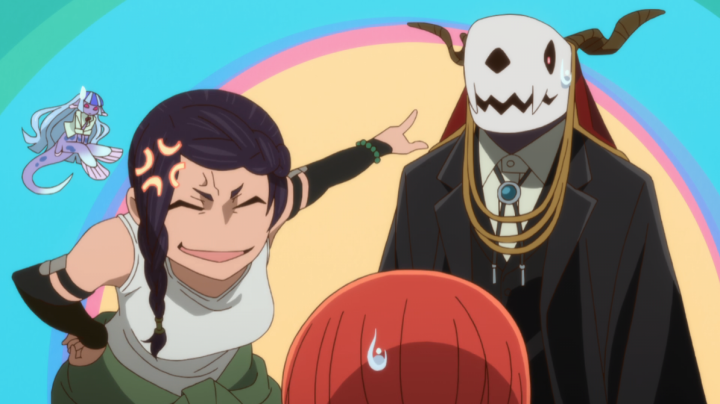