When you think of legendary comedy Great Teacher Onizuka horror is not what first springs to mind. However it features a horror story which has been very influential to a lot of people I know. Here’s why. 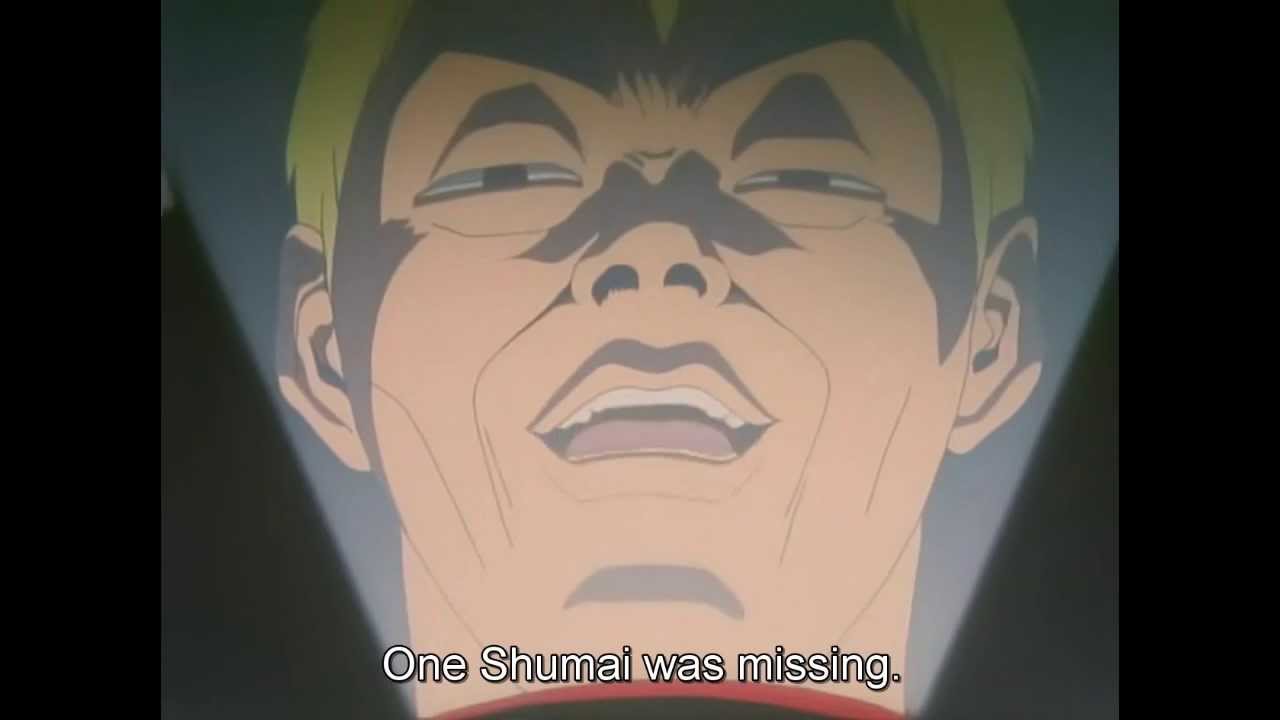 A man was walking home on a cold, dark night. Every street was empty and the lampposts flickered. Not even the vague sound of a car could be heard.

Wanting some company, and also very hungry, the man stopped at a lonely cake shop on the corner of the next street. Luckily for him the shop was open.

A loud bell, to alert the shop owner of new customers, sounded startling the man. An old man with a scraggly beard and worn out eyes looked, smiled, and laughed. It was menacing.

“What can I do for you kind sir?” The shop owner spat. His rusty, dirty clothes gave him an appearance of mischief, something was off about him.

“I’d like 12 cakes please” The man replied, trying to get the encounter over with as soon as possible.

“Of course Sir, just a minute” the owner replied with a slight bow, his smile was off putting in some way.

The shop owner vanished to the next room leaving the man all alone. He didn’t realise it until now but the shop was dark, very dark. And the darkness played tricks with his mind making him see shapes of figures waiting to ambush him. The shop had a huge window and the tiny amount of light made him stand out on the empty lonely street. He hated standing out like that.

Through the window came a huge gust of wind which breezed right through him. Making him cold and lonely.

“12 cakes” the man said, he seemed to have appeared out of nowhere. The man took his eyes away from the glass and went to the box of cakes.

They looked delicious, and while they were all quite small, they would be a real treat, and bring security once he returned back home.

The shop keeper slammed the card box down, hard. The man paid and then left, clutching the moderately sized white box as if his life depended on it.

Just then he felt a cold breeze rush through him, it was supernatural and weird, something was definitely there, he just wasn’t sure what.

Realising that he needed to calm down the man opened the box to eat a cake, but to his horror one of the 12 cakes was already missing. 11 remained. He looked around frantically. How could this be? He shut the box and continued walking briskly trying to forget it even happened.

He wanted to run back to the shop and shout “I said 12 not 11” but he knew there were 12 originally.

Now he felt a shiver up his spine, a shiver that went through his legs, up his spine and through both of his hands which held on to the box for dear life.

Maybe I’m just crazy, the man thought. It was time for him to make sure that he wasn’t being crazy so he opened the box once more. 9 cakes remained, two more had vanished. What was going on?

The man had never believed in ghosts however was this evidence of a vengeful spirit following him, what would happen if he ate all the cakes? Would he be the next to be eaten?

The man heard his heart rate skyrocket and the sound of footsteps behind him. He didn’t want to look back but he forced himself. Nothing was there.

Knowing that the footsteps he could hear might simply be his own he sat down on a low street wall with his back to a house. It was silent. He breathed a sigh of relief.

The jolt made him sit upright, and run instantly. He could hear the footsteps gaining on him as he rushed forward trying to get closer to home. Had he taken more cakes? The man wondered. So as he ran he tried to open the box.

The box was heavy, and it was as if it didn’t want to be opened. The evil spirit was forcing it down. Eventually the man opened the box to find 6 cakes remaining. The spirit was greedy.

As he shut the box he felt the spirit flow through him again, it was ice cold this time and worse, it sent shiver after shiver.

The man didn’t even have to look to know that the spirit had devoured two more cakes.

Then he reached the part he had been dreading, the street had ended and all that was left between him and his home was a dark footpath. As he passed each lampost on the footpath the lights went out for three seconds and back on again, and with each one another cake vanished. The man checked the box again, it was heavier than ever, one cake remained.

Then a hooded figure approached calmly heading straight for the man who was terrified.

“Oh are those cakes you’ve got there?” He said smiling. The man simply nodded.

“Hey do you mind if I have one?” He said evilly before laughing.

The man’s adrenaline reached a maximum, he ran as fast as he could without looking back, holding on to his empty box for dear life. He entered the door and locked it, fumbling with the keys.

He ran into his living room, placed the cakes on the table and breathed a sigh of relief.

It took him many hours to check the contents of the box, he sat down looking at it from a distance uncertain of what to do. The spirit hadn’t attacked him however what would happen if he opened that box?

The man had made up his mind, he would open the box.

Scared out of his mind he opened, the lid was harder than ever.

“ARRRGH” the man screamed as he heard a loud thudding noise. He reeled back in shock as he felt his senses get completely overwhelmed.

He felt fear, surprise and anger all at the same time as he realized what an awful and terrible mistake he had made.

All of the cakes were stuck to the lid of the box.

Sorry didn’t expect that story to be so long! Yeah this is from Great Teacher Onizuka and it’s a really funny story.

Anyway at this camp with church it was my idea to exchange ghost stories late at night time, so I naturally said this one and told it to make them as scared as I could. One of the people there was much younger than me and he really liked the story.

I’m imagining he was pretty scared but found the reveal funny and liked how he had been led along and told a completely supernatural story phrased in a very scary way.

Anyway he likes the story so much that he keeps it in his memory and next thing I hear as that everyone he knows has heard that story, including his parents and friends!

I love how a legacy has been made of this one guy exchanging this story from an anime without even realising!

Here is the video of that story in case you want to see the real version!