This film is not for the faint of heart, after all, it’s about a little kids during the war before and after Hiroshima. Naturally it’s such a depressing and sad watch. But in addition to that sadness is a very compelling story that is just horrifically fascinating to see.

The opening of the film is a still sad story about their lives in the war. I was going to use “slice of life” to describe this but it hardly fits. The life of this family was already difficult, food is in massively short supply and the wife is malnourished and pregnant. It’s a really sad environment to see the people in and it only gets worse.

What’s interesting is how the characters are so used to their awful situation, and how much they celebrate and value something that normally you’d take for granted. Like a potato for example. Due to how different their life is the film becomes fascinating. You can’t help but get invested in these characters lives.

Then the bomb drops and all hell breaks loose. I don’t think any piece of media can come close to depicting the actual horror of the real bombing, but this film does it as best an anime probably could do. And what I mean by that is that it’s completely horrifying and traumatic. One of the most painful sequences of animation to watch for how bad it is. My mouth was open the entire time as everything I thought about the story got completely shredded apart. And because of that it was so amazing.

It’s very easy to hear about how 2 atomic bombs were dropped on Japan without thinking about it very much. It could just be a fact on a text book and the numbers a statistic. But actually seeing it allows you to get a better picture of the trauma and complete destruction that took place.

The thing about this film is that it starts bad, and keeps on getting worse as everyone gets more and more desperate to survive and protect themselves and their families. The struggle to survive is difficult and the whole thing looked terrifying to live in. This film is very anti-war, and it’s points against it are extremely good – just by showing all the suffering it makes you see the tragedy of the whole affair – and technically these guys would have been my enemy at the time.

I don’t want to spoil anything else, this film is an experience you should really enjoy yourself. It’s such a good film.

The thing to take note of is the times of joy the characters find in the horrors that surround them. As every situation gets worse they start celebrating over the most minor thing. The thing that they would have taken for granted and not appreciated until recently. Like they find a child walking around the destruction and the way they treat him is just crazy to me, and only highlights the sadness and desperation in that situation.

Anyway definitely watch it, you will be better because of it. 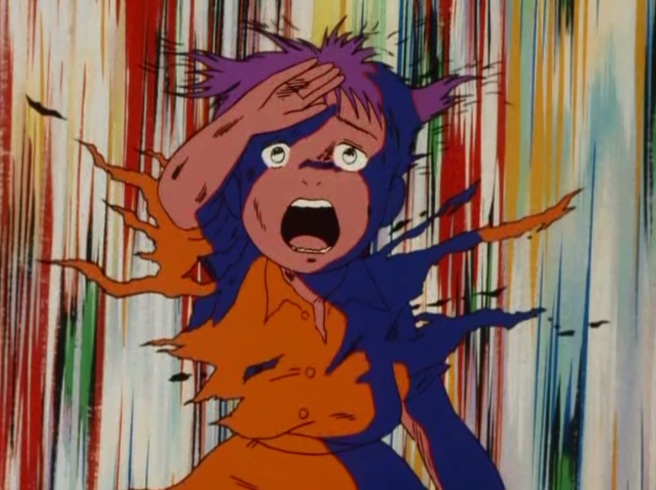 One thought on “Barefoot Gen is Such a Good Film”