Hi we’re back with the series where I talk about my favourite posts. If you missed the last one you can find it here!

This post gets the number 10 spot just for it’s information and trying to convince people to get a MAL. It’s not particularly personal to me but it got the job done. It had great comments and interaction as well. Read if you want to justify why you should be on MAL!

This post meant so much to me I converted it into a YouTube video! I wouldn’t recommend watching because I have awful mic quality and awful delivery (so you’re better off reading) essentially during one of the episodes of season 2 I saw a place where Aqua could have been switched with an impostor. And that’s about it. But I liked the originality and creating a video of it so that’s why it’s in 9th.

8. Kaiji – The Future Is In Our Hands

It’s not secret at this point that I really like Kaiji as well as the other works by Fukumoto Nobuyuki – a master of writing high steaks mind games. But this post was about the opening of Kaiji season 1 and this gets this spot just for how sad the words “the future is in our hands” makes me in reference to Kaiji.

I don’t really feel like I’ve explained why. Well, Kaiji has those very words written on his wall and despite that his future is most certainly out of his hands. He starts hopeful and gets himself into desperate scenarios that are just terrible. He’s a complete addict to gambling and that’s why it saddens me.

The rest of the post is exploring Kaiji’s character in reference to the lyrics and I found it interesting just how much information that OP had.

7. Do Not Pay For Crunchyroll; it’s a scam

Yeah I hated on CR way before it was cool to do. I just enjoyed getting my complaints out there about the service. Newly released anime has been shit for ages, adblock exists, and you can watch all the anime on CR for free so why pay for it at all? That’s the gist of it basically but there are a lot more complaints about CR in there so yeah.

I was simply pretty happy with this review. This show wasn’t amazing however it had a lot of interesting and unique things to differentiate it from other shows to make it better or at least different. It was interesting to explore and I just remember being pretty proud of it after I wrote it.

So yeah this is an odd one for an anime blog but let me explain this. So I listen to a podcast by Dick Masterson who wrote a book called men are better than women, which is all satire and intended to prove the opposite point. I found the website menarebetterthanwomen.com so funny that I wanted to write a thing in the same style but just about anime instead.

So yeah I had 10 terrible arguments for why anime sucked and the fun commenced. I got a lot of hilarious backlash which was just great to read. I found it so funny that people who tried to disprove my arguments disproved them a heck of a lot worse than I could myself. For a lot of them their arguments didn’t even prove the point in the first place – and I was on their side!

Those comments were so fun to me and I hope to keep on getting more and more comments because I love them.

But it goes the other way in some cases, where people who have seriously good reasons to dislike anime gave me arguments that were really sad/interesting to think about. There are some seriously bad things in anime that are worth talking about instead of pretending they don’t exist.

I remember when watching a show that the only dere I really know is the tsundere and deredere. So I thought just how many are there? As it turns out way too many.

I go through all of the dere’s I could find online (sources included so you can verify) and comment on how stupid they are or how much I like them. It was a pretty interesting post to write and I actually learned something!

Ok now before I continue to the number two position I want to do honorable mentions. You normally do it just before second place however the next two are on such a similar level that it doesn’t feel fair to put these before first place. Hence they are here.

Berserk 1997 – a review of my favourite anime

Berserk put your grasses on, waiting so long – This is another post about the opening which I really, really love. OP’s are a really great way to explore people’s characters and just really pick them apart and find things interesting about them. So that’s why I like this one.

The Psychology of One Room – “One Room” is one of those shows where there are cute girls talking into your face and you have to speak back to them yourself. It’s seriously creepy. But I didn’t see it like that at first because I was like “just what is going on – what kind of show does this?” where I talked about the psychology and weirdness of having a show with no speaker. But yeah I did realise it was just supposed to be wish fulfillment but whatever. I really liked treating the show from that perspective.

2. Spice and Wolf: Economics of the Silver Coin Scheme

The silver coin scheme was an arc in spice and wolf that I just found so interesting, yet so, so confusing. Mainly because I didn’t understand the economic principals behind it. So what did I do? I made a post on medevil economics disguised as talking about spice and wolf. It was a really fun research project and made me way too proud of myself.

It was actually a subject I found really interesting and applying it to the anime made me realise just how much I had missed. Spice and wolf is an interesting show for that reason and it’s fun to look into and research. 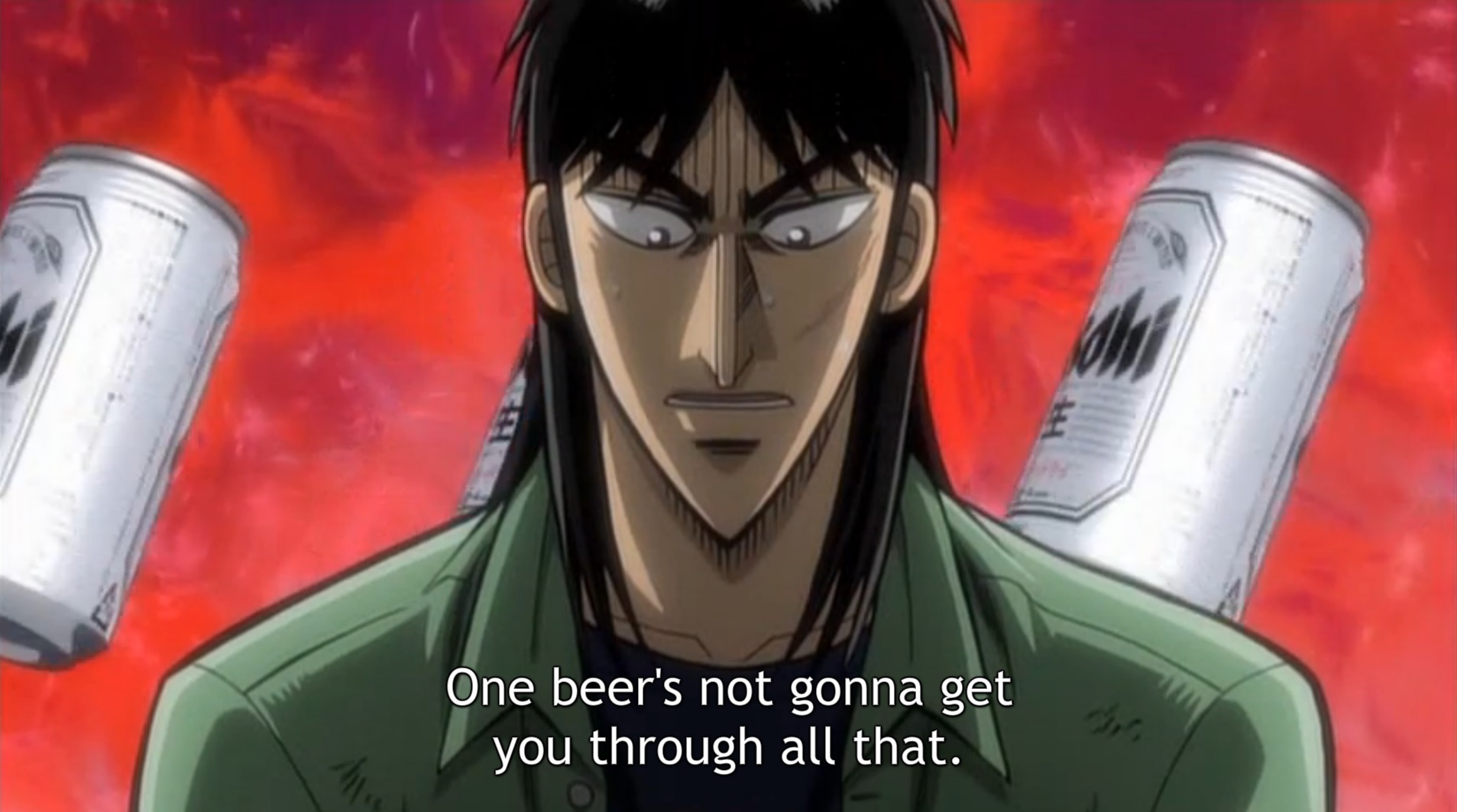 1. Friendship and Betrayal in Kaiji and Liar game

There is a massive difference in teamwork and betrayal in the two series’ and they both interest me greatly. The manga of Kaiji believes in trusting people but Liar game is the opposite. Despite these differences they can both be really interesting to watch/read and it’s interesting how the characters behave in order to gain loyalty and ultimately win.

It sort of amounts to talking about why the arcs in each of their separate shows go where they go. But it’s more than that to me. It’s sort of a love letter to my favourite themes, genre’s, shows and characters. It was a culmination of ideas that I had in my head in years and I was so proud of it.

That was my top ten anime blog posts, thanks for reading and I hope you find something you want to check out! Next up is my top 10 passion projects. Yeah theirs more of these – I’m sorry that it’s so hard to narrow down which posts are my favourites!