Something that I always thought would be interesting would be a live-action spin off of one of my favourite shows of all time Kaiji ultimate survivor. Well it turns out that one actually exists!

While prying through the anime news network archives looking for interviews with my favourite mangaka Fukumoto Noboyuki I instead happened upon this article about how Netflix just released a live action version of Kaiji!

Not just that but there are other Fukumoto spin offs out there, not really for Kaiji but Fukumoto inspired is good enough for me!

The title of the film was called “Animal World” and it featured a guy called Kaisi (who is obviously supposed to be Kaiji) going through the events of the rock,paper scissors arc of the show.

As is the case for nearly all live-action adaptations the impact of the adaptation can never compare to the original since the two mediums of entertainment are so different. However I think that despite that they did a fairly decent job with it.

Theirs some key differences though to do with Kaisi’s backstory. Kaiji actually has very little backstory and nothing as grand or extreme as Animal World, which has a long introduction which I actually liked a lot.

In it we learn that Kaisi is close to his mother and sister, who he has a loving relationship with albeit with the exception of Kaisi’s money problems which are pretty crushing to see. 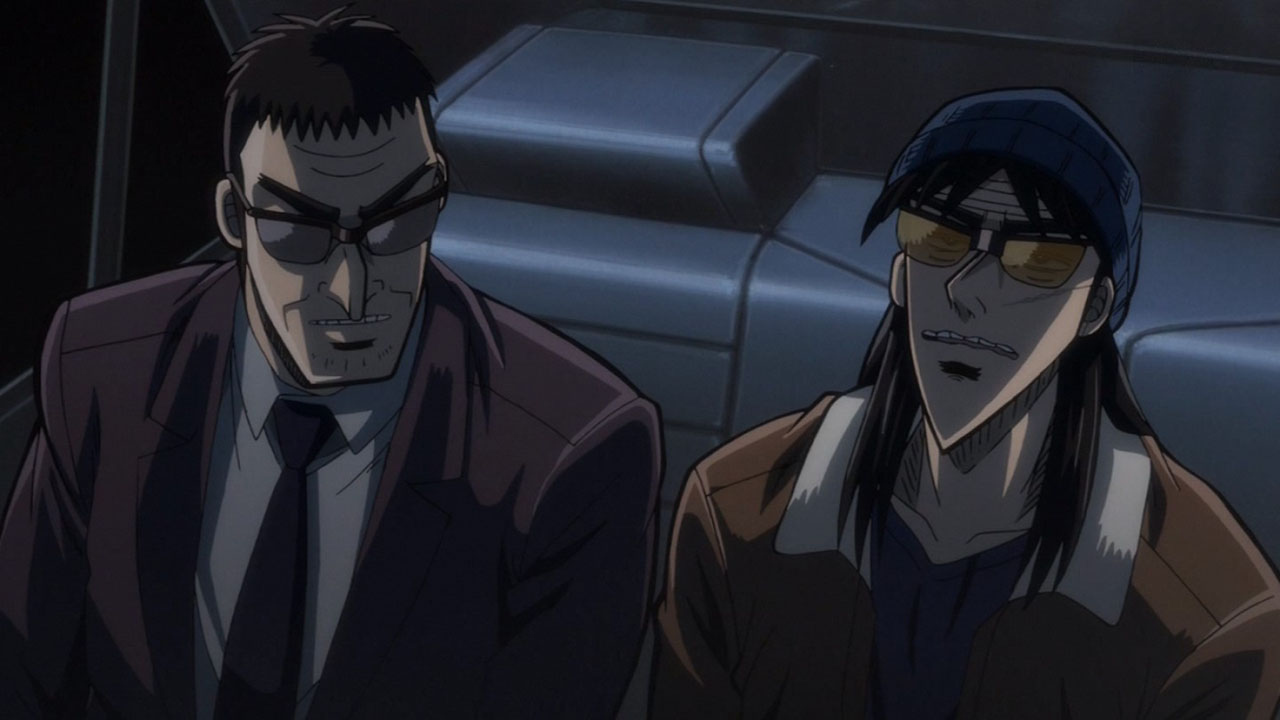 In the show Kaiji is an unapologetic bad guy. It’s difficult to root for him. He vandalizes cars, commits crimes and gambles. So even though his massive debt isn’t his fault it feels like he had it coming in a way. After all he was unemployed and did nothing but lose at gambling all the time. Then his redemption comes through his efforts in the game where he puts his life in other people’s hands, wins through trust and ultimately makes a saintlike decision to go out of his way to save someone he didn’t even have to.

Alternatively in the show Kaisi’s redemption already happens, he doesn’t need to earn it because the show makes a point of showing him to be a good guy from the get-go. He’s paying for his mothers medical treatment, he turns away money from his sister that he knows he needs and despite debt he pays for something completely useless out of empathy for the people selling it and tells them to keep the massive amount of change. In a way, Kaisi is simply unlucky and into debt due to kindness of giving money instead of gambling. In fact I don’t think Kaisi had even gambled up until he played the rock paper scissors game.

The difference is pretty big to me really as it sets the steaks of the film differently. Even though I think both worked in their own ways I can’t get over the fact that Kaisi’s mum was too convenient of a plot point and that something was lost in Kaisi’s good nature being defined from the start instead of emerging later.

I can’t deny that I dislike perfect characters. Kaiji’s flaws make him feel so interesting and in some aspects relatable in a much deeper way. Having Kaisi being a nice guy in all possible ways makes him less interesting to me as theirs less relatability (things to latch on to) and no opportunity for a character arc, well a convincing one. 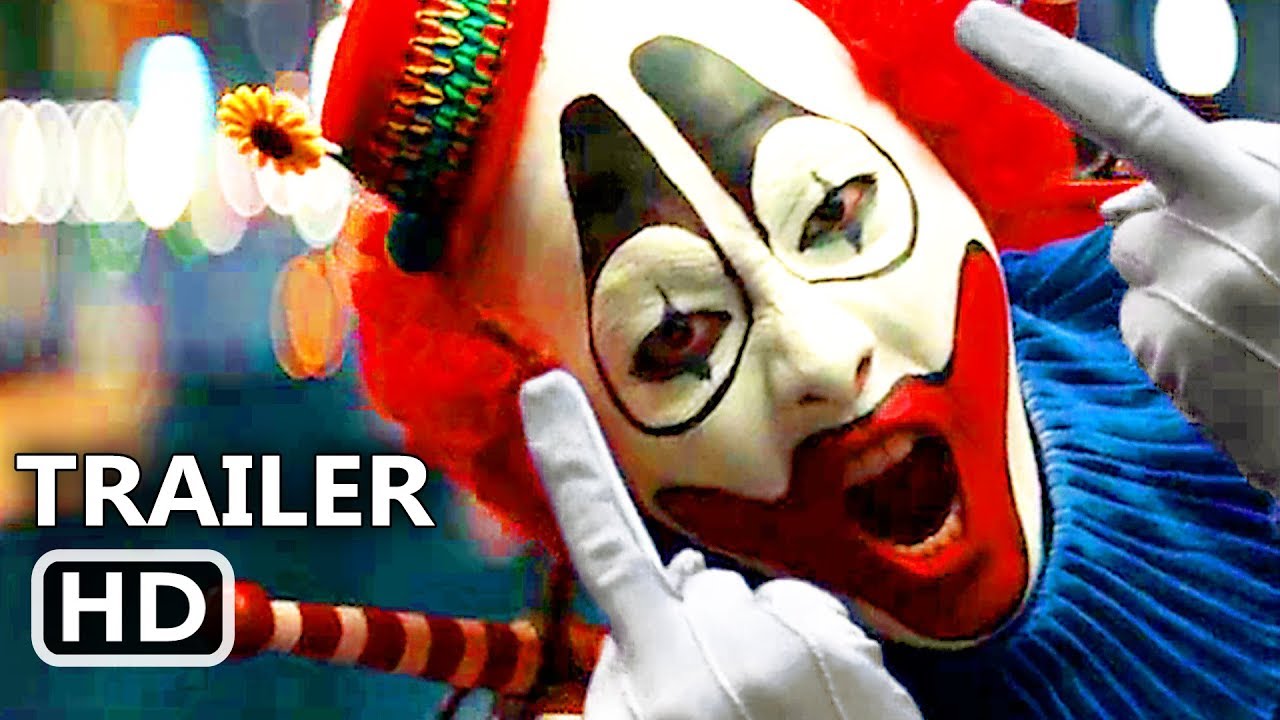 There are more ways that Kaisi is different though. For some reason they had the idea to give Kaisi an alter ego of a clown which is absurd to the extreme and comes off as very strange. As well as this Kaisi is way too normal outside of his alter ego for it to be in any way convincing.

It’s actually impossible to believe that he is imagining massive monsters going around as well as him running through a train stabbing people. It just doesn’t make sense. This means that it comes across as some kind of gimmick instead of a genuine character flaw – hence why I still called him perfect.

I do still appreciate the film for it’s differences, It’s good to see a different take on the same thing since 10 episodes of anime won’t adapt perfectly to film.

There is also a dilemma of adaptation where the director considers what to change. In this instance he changes basically everything except for the gambling game, which was most of the film. So I essentially knew everything that was going to happen from a mile off since it was a direct minute to minute adaptation at most points. 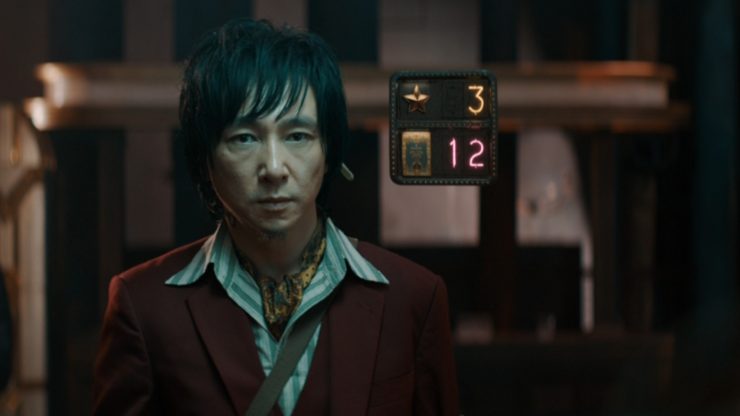 It’s hard for me to say what they should have done here. On the one hand I would have found it really interesting if they found even more layers of interest to the rock,paper,scissors game however I know I definitely would have complained if they changed it.

It’s sort of a problem of the live action adaptation. Things in anime just aren’t as cool when you switch them over to live action. In anime the RPS game felt wacky until you saw the strategy behind it and became fully invested. Here in the live action version it feels consistently off.

They set up this company and conflict with insane action sequences and tension only for it to become them playing rock, paper scissors for most of the film. It just feels underwhelming honestly. 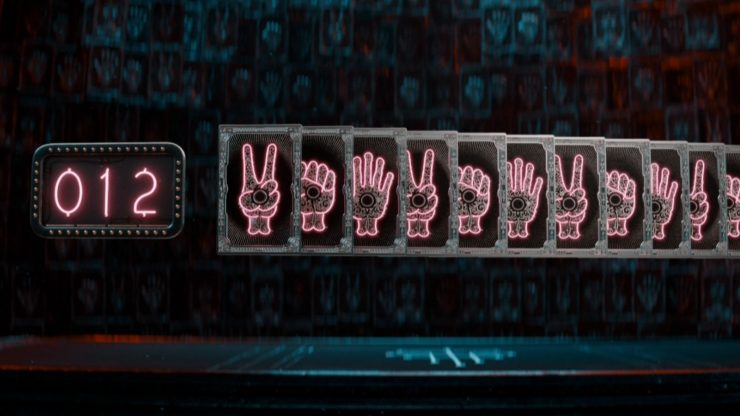 Perhaps that’s only because I was familiar with the RPS game already, I could see someone enjoying it a lot more if they didn’t know the game very well and learned as the film progressed.

It’s sad that things that work well in anime are so much harder to get right in real life and those differences can make the same thing appear a whole lot worse.

Of course directing and everything else has a lot to do with it also.

I’m just glad we got an adaptation of Kaiji, I’m seriously happy with that. Not only that but it seems like theirs a possibility of sequels to come! Oh man I can’t wait to see how awful the steel beam arc looks on TV! 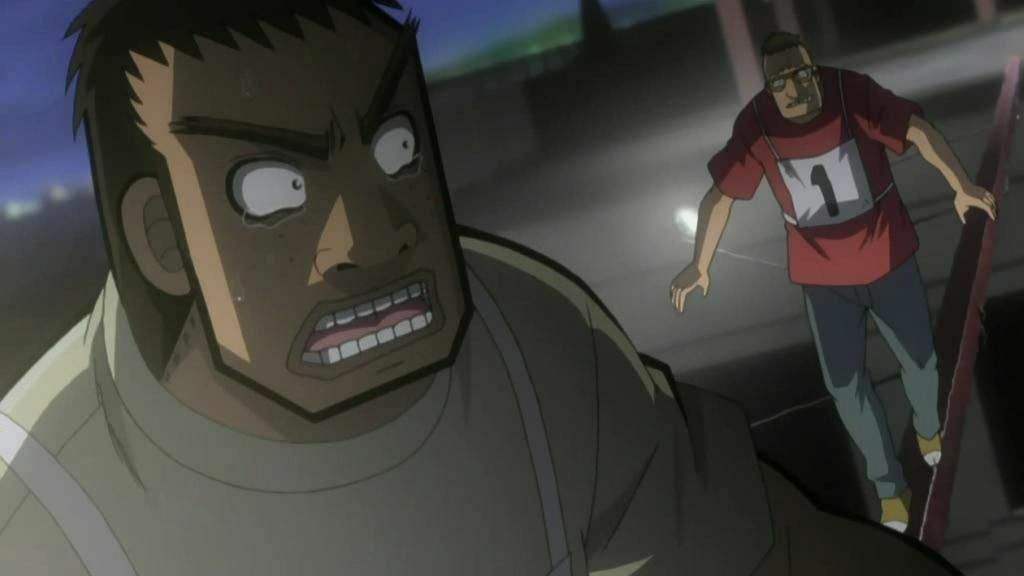