With talk about the possibility of a new 2D Berserk adaptation coming to Netflix how could I not talk about my thoughts? After all Berserk 1997 is my favourite anime.

First of all I just want to say that of course I want this to actually happen, of course I want a 2D Berserk anime, covering everything, start to finish, and I want it to be 2D, to have beautiful visuals and do everything perfectly. That sounds amazing.

The idea of revisiting the world with modern visuals in the Berserk style is great , but that doesn’t mean that I can’t appreciate what made the 1997 version so great in the first place. 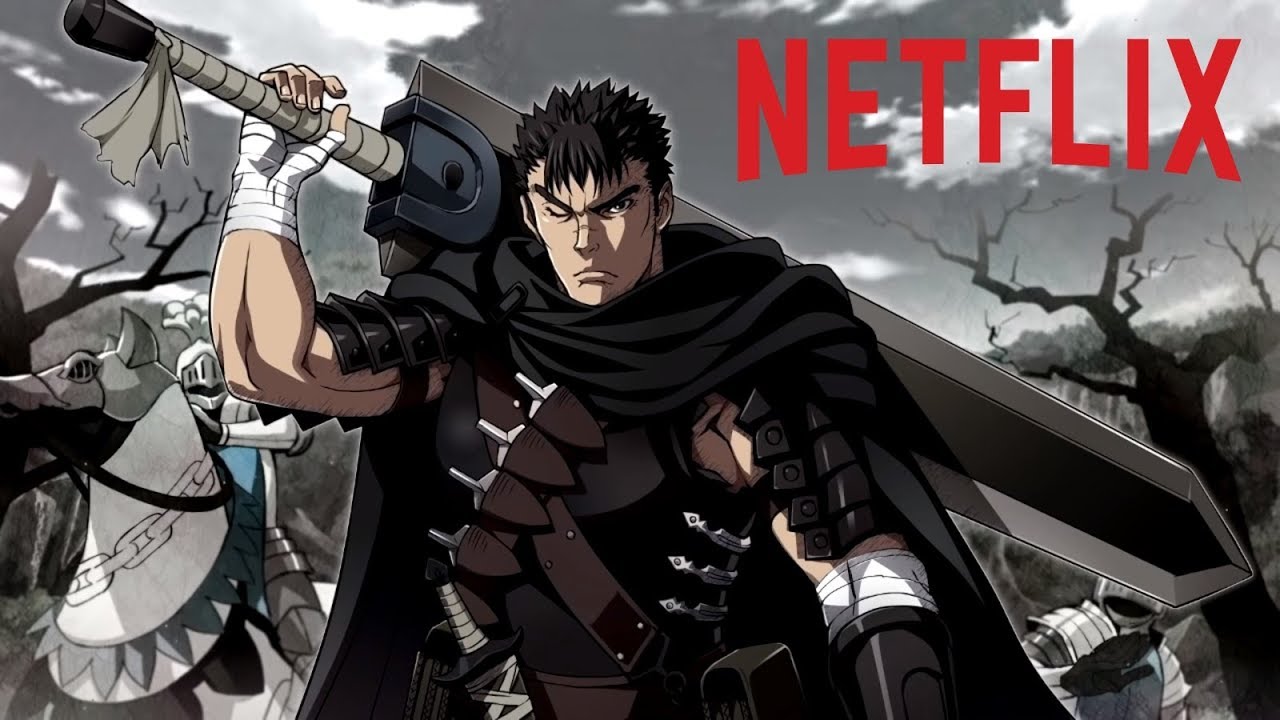 I also cannot make too much of a comment since I’ve not seen the castlevania anime on netflix yet, but now that I know I will so that I can brace myself for the worst or hope for the best for whether or not the Berserk adaptation comes.

Now that talk of the new Berserk is over let’s talk about why I liked the old Berserk so much, and would still happily revisit it even if the new show existed as well.

Animation quality wasn’t particularly great in the late 90’s and a lot of people complain about that, I however don’t notice. The animation of the show has never been a problem for me, in fact I can imagine some places where more animation would make it worse.

But due to this lack of animation their’s a compromise which is made – backgrounds. I really love the backgrounds and visuals of the world in the old show and the detail combined with the age gives Berserk 1997 a really nice and warm feeling for me despite it’s dark tone and nature.

A style of old anime is that everything is slow paced. Not in the way you’re thinking though. The speed at which lines are delivered, the gap in between them, the time for reaction shots and brooding, and time spent lingering on each scene and time spent in transition between each scene is undeniably longer in my opinion.

This used in the correct place gives you a lot of time to brood over what’s going on. Some might even see the shots in place as a time saver whereas I’m utterly emotional during them.

These emotional moments and the relationship of characters is actually what I consider to be the core of the show for Berserk. And the old version is just so so good at that in my opinion, it’s extra time spent here makes everything feel so much meaningful and emotional to me.

And what I can see in a modern adaptation of Berserk is a higher emphasis on the action, combat and animation instead of the things I value the most about the series.

This is not me condemning the new show by any means. If it ever goes through I hope for the best and I hope it includes all of these great moments that are so impactful to me.

This is more of a testament to my love of the original show more than anything else. In a way it will always be timeless to me. It will always be great because that’s how I experienced  the shows emotion, because I’ve grown used to the look of the 1997 characters, because I listen to some of the songs from that show every single day, because the OP and Ed won’t be the same, because it was just that special to me at the time that I watched it and ultimately, because it’s great.