Sorry for not keeping up with blogging lately much like I’ve not been blogging I’ve not been watching a lot of anime either! So this list might be short but hopefully you’ll find something you like! 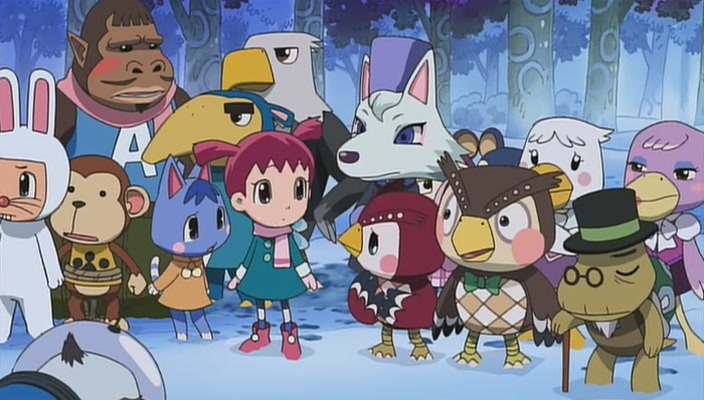 There is actually an animal crossing movie! Yeah it’s pretty good, and a very relaxing experience to watch! It’s a film that references everything in the old animal crossing games.

I knew a lot of the villages, a lot of the places and all of the events that take place in the film happen within the film. Nothing seems to get missed out (as far as  I could tell)

So if you want something to make you nostalgic about animal crossing then I recommend this!

It’s also got me into animal crossing again, I’ve been playing a little bit of it every day on 3ds now so that’s cool!

Fellow blogger Zainou has taken up this series to complete it into manga, so I thought I’d check it out!

It’s very funny and quick to read, so I recommend it.

It’s about these three girls who want their school to have a swimming club, but they don’t have a swimming pool. So they made a deal that if they wore a swimsuit to school every day for a year they’d be granted their club!

So obviously this is a comedy about the consequences of this decision and the antics involved. The tone of this manga is not serious at all and it’s just a lot of funny moments that you shouldn’t take seriously.

If this sounds like the kind of thing that interests you then it’s very short so it’s worth checking out!

As far as I can tell mangadex is the most up to date website because people who scan and translate upload there directly.

Thank you for reading what I watched this month! I only watched one of each, but who can blame me? After all I got smash at Christmas… I hope that’s all the explanation you need!