I recently realised how rare it was for me to watch anime that is different from what I’m used too. Vampire knight is a Shoujo romance story and comes with the art style associated. Then the character designs, and the way they’re posed together gives the impression that it’s going to be nothing but fujoshi pandering, and yaoi-like romance. So yeah, not typically my thing.

So I watched three episodes and thought it was interesting. It was quite a surprise.

They say that you need three episodes because that’s when the anime should have fully established it’s premise. But even after three episodes, it feels like it’s going somewhere, I’m just not 100% where that place is.

Don’t get me wrong, I’ve enjoyed the show.

It’s cool. Yuki has quite an interesting romance plot-line with one of the vampire characters, a forgotten memory due to a dangerous vampire encounter at the age of five, and her duties in general are pretty interesting to see.

Zero on the other hand is very distrustful towards vampires, and is struggling with becoming one, and trying to stop it and trying to keep it secret. It’s quite sad to watch.

What I have seen in the first few episodes is more of a very hyped up slice of life show. Events happen and Yuki and Zero need to stop them. There are troubles with vampires to deal with that makes you think something more is going on, that we just haven’t gotten too yet.

This is just a feeling of mine, and I wouldn’t necessarily say that I’m only watching it for what might happen later. What’s happening now is interesting to me, and I’m just looking forward to when it eventually concludes.

The only issue is that these are vampires, and I quite like the idea of a conspiracy. So I have a theory that this is caused by the vampires and something they can do in their powers to make them as attractive as possible.

It’s not like this wouldn’t be useful. Theirs a huge business for the photography club, as they go out at night to take photos of the vampires. Presumably leading to the possibility of blood collecting. 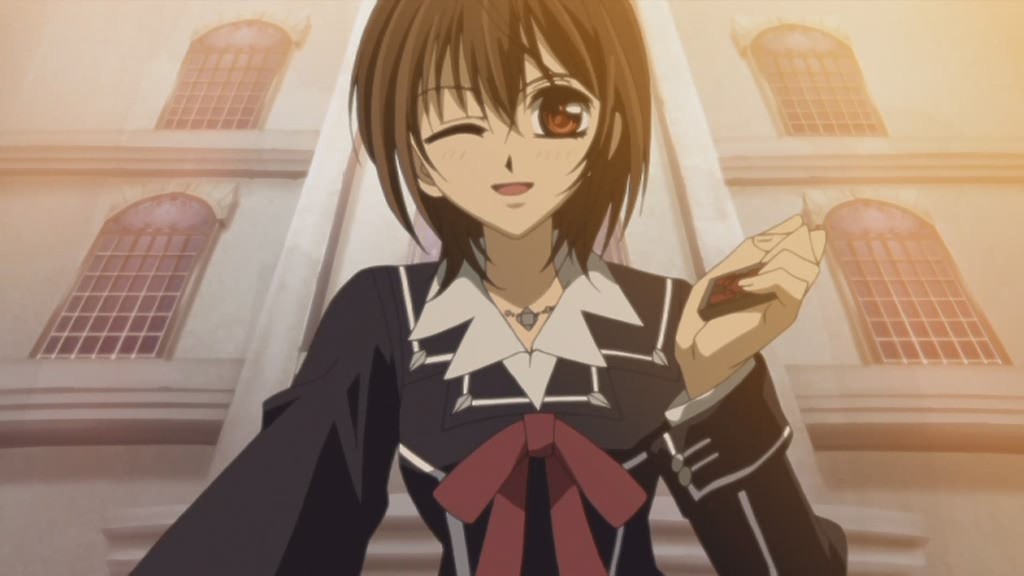 The security at the school is limited to say the least. Vampires are kept off humans with a “blood pill” that dissolves in water, and Yuki and Zero, both of whom can be beaten by a vampire easily. This leads to Yuki being bitten in pretty much every episode I’ve seen, and it’s quite worrisome, perhaps it’s foreshadowing what’s to come.

It’s sad that I don’t feel like this show will ever go anywhere as far as a vampire invasion of the school, and is more likely to focus on the drama of Zero’s transition and Yuki’s romance.

But I suppose that’s fine. Since I’ve enjoyed just that so far, and I don’t really think they’re going to run out of ideas too quickly.

As long as they don’t go over the top with the shoujo elements then I’m sure I’ll have a good time with this series.