To start I would like to thank everyone who followed me, the people who read something I wrote and thought I was worth their time! Thank you!

From a combination of WordPress followers and email followers I’ve achieved 100 followers! I’ve been amazed with the very quick growth I’ve been having recently so thank you for the support! The last 50 have arrived in half the time as the first 50 so thank you for your ever increasing support! If we continue at the rate of getting 50 followers in half the time it’s only 4 months until I start getting 50 a day and I can begin my plan for world domination!

I don’t really want to explain why I started my blog and the lead up to this whole thing, because I’ve said it all before. That’s the thing with autobiographical life stories, the start never changes. But what does change is what happens after you’ve written the story out, so what’s changed? What’s new that I can add to the story of my blog? Well let’s see!

I decided to do three big projects in between then and now. The first one was the Shiki diaries which I did specifically for Halloween, basically anything where I release posts daily gets me more attention! But it was a really good time, I got to expand on the JEARETTAS project and improve my episodic reviewing skills through commenting on something that was actually really good contrary to most of the negative reviews in JEARETTAS. Modelling it as a diary sort of thing instead of a review was also a touch that I liked, it was initially to express my fear and growing insanity but that never really happened, and I just used it to go in depth for my opinions and theories of what was to come. Despite receiving less attention than my normal stuff it had a consistent amount of people coming back for more who were watching the series with me so it was really nice!

The next thing was the 12 days of anime Christmas challenge where I got to recount all the best and worst and most stupid things from the year! It was difficult to come up with things so it was interesting to find and make challenges for me like the squid girl challenge and MAL challenge. The topics were pretty random but I liked finally getting to small ideas that I’d forgotten out over the year that I couldn’t make a post about!

The final project was Evangelion month where I would review all of evangelion, including the movies every single day. This period has shown the most significant growth and it’s not hard to see why, Evangelion is a great show and I’ve made sure to try and make each review as detailed and thorough as possible, peaking at the end of evangelion movie and slowly filtering out until the end of the month! Also I’m writing this on the 18th where I have 100 followers with email people combined, I’m holding off to see if just WP reaches that amount by the end of the month so if this is out earlier it means I’m talking about the project in a really weird way, so sorry.

The Evangelion month brought the most sudden growth for me and I’ve got two very special people to thank who came in to my comments sections at around the start of the year! Shadowcat99 and Lina (in chronological order) and these two people have prompted a change in my attitude towards my outlook on the rest of the anime blogging community, so thank you. Basically for the first year of my anime blog I sort of forgot the anime blogging community existed, and never really paid attention to it. What had happened was that I explored a lot of blogs, hated all of them, and never tried very hard again though it’s not like I never read blogs at all or didn’t end up liking some of them. These two reminded me that the community was a thing and because of them I’ve started reading and looking for more blogs and interacting more with the community! It’s led to me finding more blogs that I like and having a much better time all together. And interacting is getting your name out there so naturally more people have come to read my stuff, which is nice!

So that’s where this chapter ends, I’m not the same person I was back then who kept to himself and used the same post format (though I really love that format). I’m prepared to do these crazy massive projects (as you will find out very soon) and interact more with the people around me! So thank you, all of you, it’s been a great time so far and I’m looking forward to see what the future brings!

Also I must apologise to my email followers, sorry for flooding your inbox with so much stuff! Also anyone who you follow by email has your email address and can send mail to you so I would encourage you create a WordPress account so that your privacy isn’t compromised!

Also some strange thing has happened where I’m not given the award at the right time but it says it here so it’s good enough for me! 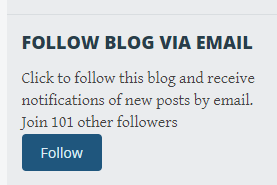 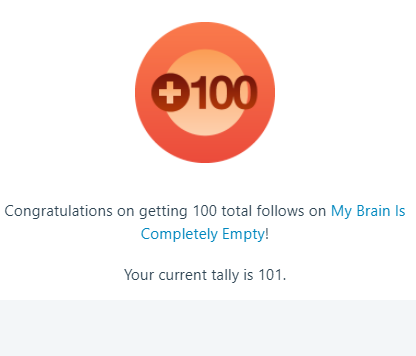